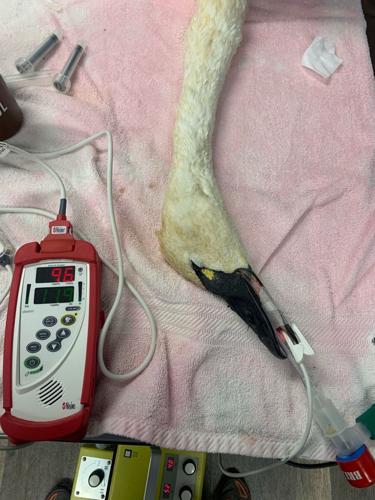 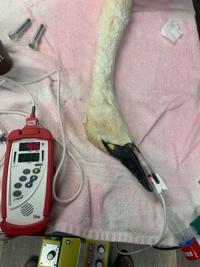 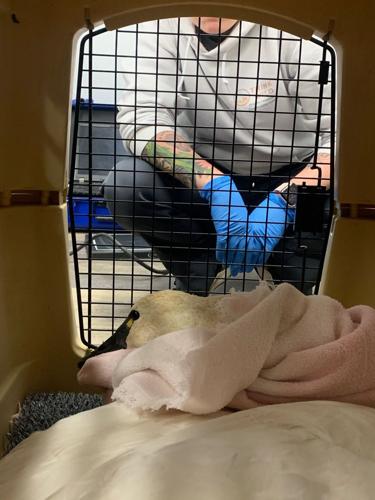 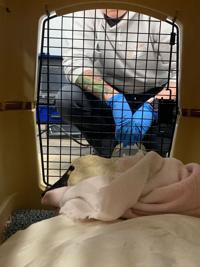 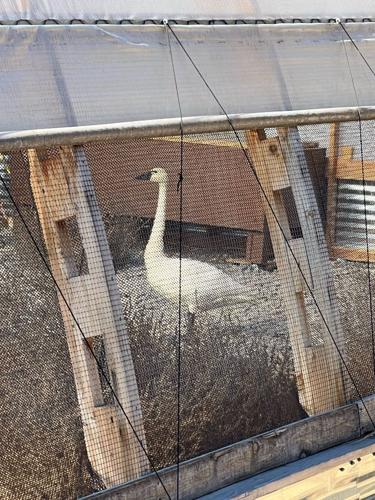 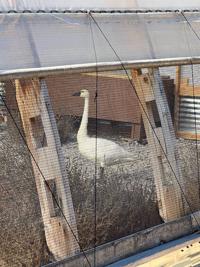 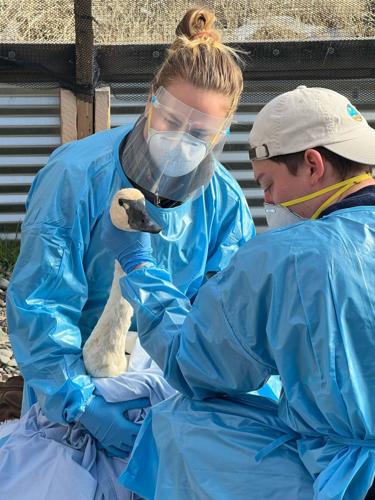 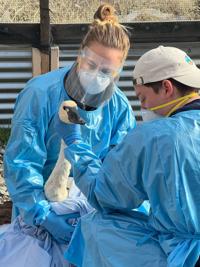 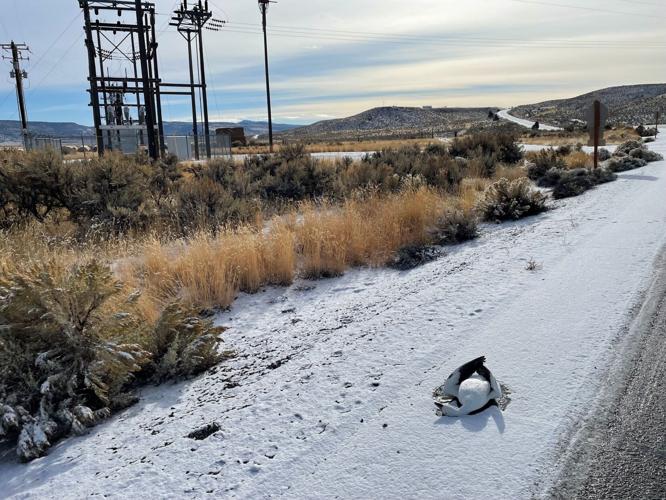 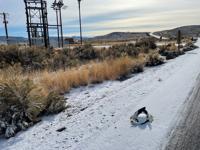 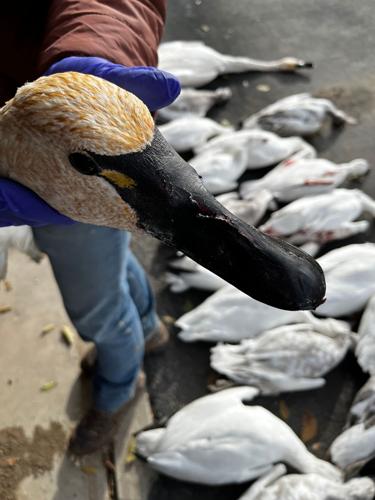 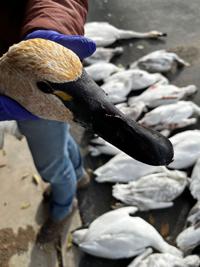 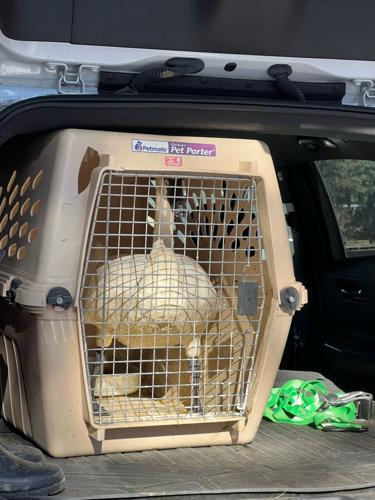 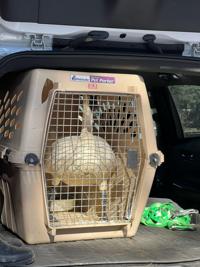 BEND, Ore. -- An Oregon wildlife rehabilitation hospital is helping a tundra swan recover today.  It's responding to outreach by Oregon Department of Fish and Wildlife.

Think Wild (TW) says the tundra swan rescue came after a mass waterfowl casualty event, saying it "was lucky to survive a casualty event that killed many other migrating waterfowl near Burns last week. Biologists think a lunar eclipse and snow storm may have affected the birds’ ability to navigate successfully."

TW says last week a district biologist with Oregon Department of Fish and Wildlife (ODFW) Lee Foster in Burns asked the Bend-based Central Oregon wildlife rehabilitation hospital to help with the swan, found in Drewsey, Oregon, among as many as thirty swans, geese, and other waterfowl that died during their fall migration.

TW says, "Area biologists are unsure what caused this mass casualty event, but Foster hypothesized that a combination of the lunar eclipse and a snow storm may have disoriented the migrating birds, causing them to fly into power lines, light posts, or the ground."

TW says while most of the found birds in northern Harney County suffered fatal or non-repairable injuries, the surviving swan was nonflighted but did not have any obvious injuries.

Think Wild Veterinarian Dr. Laura Acevedo, performed an exam and said, "We found no significant fractures or injuries, but the swan does have bruising and likely soft tissue damage that will need time to heal. Think Wild will provide ample space, food, medications for pain management, and time for recovery."

TW says, "Due to concerns about the Highly Pathogenic Avian Influenza (HPAI), Think Wild maintains strict biosecurity protocols in the wildlife hospital and is quarantining the Tundra Swan from other avian patients. The swan has shown no symptoms of the virus. Because the casualties and injuries during the event were clearly caused by collisions with power lines and the ground, district biologists are fairly confident that HPAI is not a factor. Wildlife rehabilitators in the state are still prohibited from accepting waterfowl patients except in rare cases such as this casualty event."

"TW says, "Tundra Swans are large waterfowl native to North America. They spend their summers breeding and feeding in the arctic tundra in northern Alaska and Canada, and migrate south to coastal estuaries, wetlands, and large lakes for the winter. Tundra Swans are most common in Central Oregon during fall and spring migrations, and can be spotted throughout the Willamette Valley and south into California’s Central Valley during the winter.

Migration routes can be long and dangerous for birds. Tundra Swans migrate long distances, sometimes traveling day and night for as much as 1,000 miles at a time. Climate trends toward larger, wetter storm systems on the West Coast during fall migration, as well as drought and habitat degradation, may affect tundra swans’ population success over time.  This year’s quick transition from unseasonably warm fall temperatures to freezing snow storms may have contributed to this migration casualty event in Harney County last week."

CDC recommends Covid-19 vaccines for children as young as 6 months, clearing the way for vaccinations to begin soon

Applegate Valley murder suspect jailed after release from the hospital