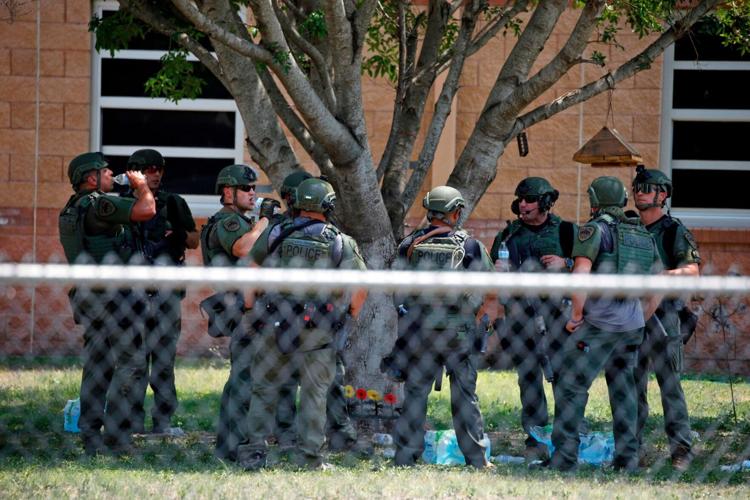 Law enforcement, and other first responders, gather outside Robb Elementary School following a shooting on May 24 in Uvalde, Texas. Source: Dario Lopez-Mills/AP 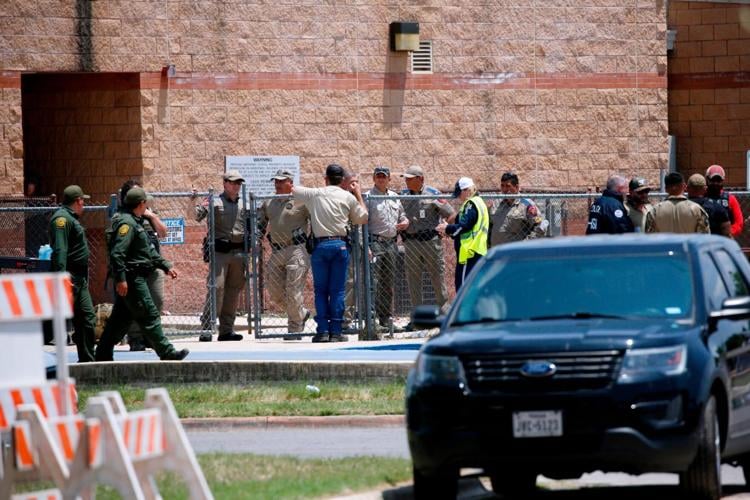 Law enforcement, and other first responders, gather outside Robb Elementary School following a shooting on May 24 in Uvalde, Texas.

Two days before the start of summer break, an 18-year-old man opened fire at an elementary school in Uvalde, Texas, on Tuesday, killing 14 students and one teacher, Gov. Greg Abbott said.

Uvalde Consolidated Independent School District police Chief Pete Arredondo said there also were multiple injuries from a "mass casualty incident" at Robb Elementary in Uvalde. The gunman is believed to have acted alone and is dead, he said.

The shooter is from Uvalde, Abbott said.

"It's believed that he abandoned his vehicle and entered into the Robb Elementary School in Uvalde with a handgun and he may have also had a rifle, but that is not yet confirmed according to my most recent report. He shot and killed, horrifically, incomprehensively, fourteen students and killed a teacher," he said.

LIVE UPDATES ON THE SHOOTING

The setting of an elementary school called to mind the horrific Sandy Hook shooting in Connecticut in 2012 that left 26 people dead, including 20 children between 6 and 7 years old.

Uvalde Memorial Hospital spokesperson Tom Nordwick earlier said that two people died in the school shooting and that 13 children and a man in his 40s were being treated for injuries.

University Hospital in San Antonio said in a tweet that they received a child and an adult from the school shooting. The adult, a 66-year-old woman, is in critical condition, the hospital said in a tweet.

A call went out for help for an active shooter situation, according to a law enforcement official.

US Customs and Border Protection, which is the largest law enforcement agency in the area, assisted with the response. A CBP agent was shot in the head. His injuries are non-life-threatening, according to the official.

The governor said two law enforcement officers were hit by bullets, but didn't have serious injuries.

In Uvalde, videos taken by a bystander, Isaias Melendez, show scores of armed officers at the scene while others flee the school.

Robb Elementary teaches 2nd through 4th grades and had 535 students in the 2020-21 school year, according to state data. About 90% of students are Hispanic and about 81% are economically disadvantaged, the data shows. Thursday was set to be the last day of school before the summer break.

The school district said it is canceling all school activities following the shooting.

The FBI and the Bureau of Alcohol, Tobacco, Firearms and Explosives (ATF) are assisting local police with the investigation.

This is a developing story and will be updated.