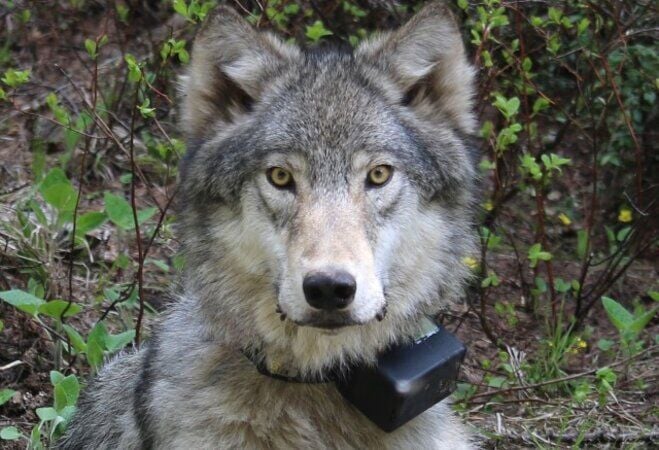 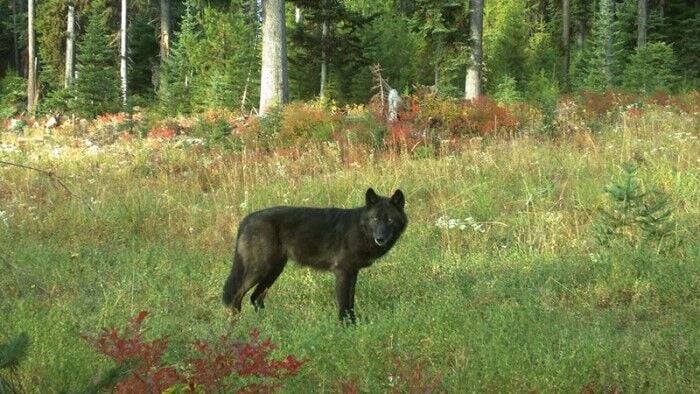 PORTLAND, Ore. — The reward for information leading to a conviction in the poisoning deaths of at least six gray wolves in eastern Oregon has increased to $36,000 as more more conservation groups join an outcry for the culprit to be found and taken into custody.

Oregon State Police said on Thursday that the poisonings had wiped out an entire pack of protected wolves in February and subsequent incidents likely killed several more in the months that followed — possibly totaling as many as eight.

“We were heartbroken to hear of these horrific and inhumane killings, and condemn in the strongest terms this atrocity,” said Marc Cooke, president of Wolves of the Rockies. “But this slaughter did not occur in a vacuum. We hope to see those responsible for the illegal killings brought to justice."

Wolves of the Rockies, Trap Free Montana, and The 06 Legacy Project announced an additional $10,000 reward in the case on Monday. An original $26,000 reward was offered by the Center for Biological Diversity, Cascadia Wildlands, Defenders of Wildlife, The Humane Society of the United States, Northeast Oregon Ecosystems, Oregon Wild, Predator Defense and WildEarth Guardians.

"Lastly, we urge the federal government to take action to protect the species by restoring wolves to the Endangered Species List,” Cooke continued.

Oregon State Police said that its Fish & Wildlife troopers continue to investigate the poisonings, but have exhausted all leads in the case. Now the agency is asking that anyone with information of these incidents contact OSP through the OSP TIP Hotline: 1-800-452-7888 or *OSP (677) or TIP E-Mail: TIP@state.or.us, reference Case #SP21-033033.

OSP Fish & Wildlife troopers were first alerted on February 9 that a dead, collared wolf may have been discovered in Union County, southeast of Mount Harris. Troopers arrived to find five dead wolves — three males and two females. The investigation ultimately concluded that these wolves were from the Catherine Pack. All known members of the pack were among the dead.

Searching the area by helicopter, investigators also found a dead magpie. All five wolves and the magpie were picked up and taken to the US Fish & Wildlife Service Forensics Lab in Ashland to determine their cause of death.

But this was not the end of the Union County discoveries. In March, troopers were notified of a wolf collar emitting a mortality signal from the same general area. A search of the location found a dead female wolf, a skunk, and another magpie all close to the scene. The wolf was one that had dispersed from the Keating Pack. All three creatures were sent to the Ashland lab for testing.

"Fish and Wildlife Troopers were initially hampered in investigating the scene due to snow levels and inclement weather," OSP said. "Troopers continued searching over the next few weeks as snow continued to melt and located evidence of suspected poisoning. The evidence was submitted for testing and analysis."

In April, the USFWS lab produced examination reports, finding that the deaths of all six wolves, the skunk, and the two magpies were consistent with poisoning. The results also confirmed that the evidence OSP had found was indeed a poisonous substance, although the agency did not reveal what kind of poison it was.

Still, the grisly discoveries weren't over. Between April and July, two more collared wolves were found dead in Union County — an adult male from the Five Points Pack found west of Elgin, and a young female from the Clark Creek Pack found northeast of La Grande. In both cases the cause of death was not readily apparent, but toxicology tests confirmed different types of poison in both wolves.

"Based upon the type of poison and locations, it was determined the death of the young female wolf may be related to the earlier six poisonings," OSP said.

While gray wolf populations in Oregon have been rebounding steadily over the past several years, wolf killings have also increased sharply — both sanctioned and unsanctioned. In August, state wildlife officials had multiple members of the Lookout Mountain Pack killed in Baker County after concluding that the pack presented "significant risk" to livestock. In 2020, also in Baker County, OSP was investigating the unlawful killing of several wolves.

“In 21 years, 31 Oregon wolves have been poisoned, shot or trapped illegally, but only three of those instances have resulted in convictions,” said Amaroq Weiss, senior wolf advocate at the Center for Biological Diversity. “Scientists who study illegal wolf killings conclude that for every poached wolf discovered, there are likely two or three more that will never be found. The state has started to take poaching more seriously, but it’s not enough. People kill wolves because they hate them or fear them, and there’s never been an adequate public-education program in Oregon or any state to combat this misplaced mindset.”