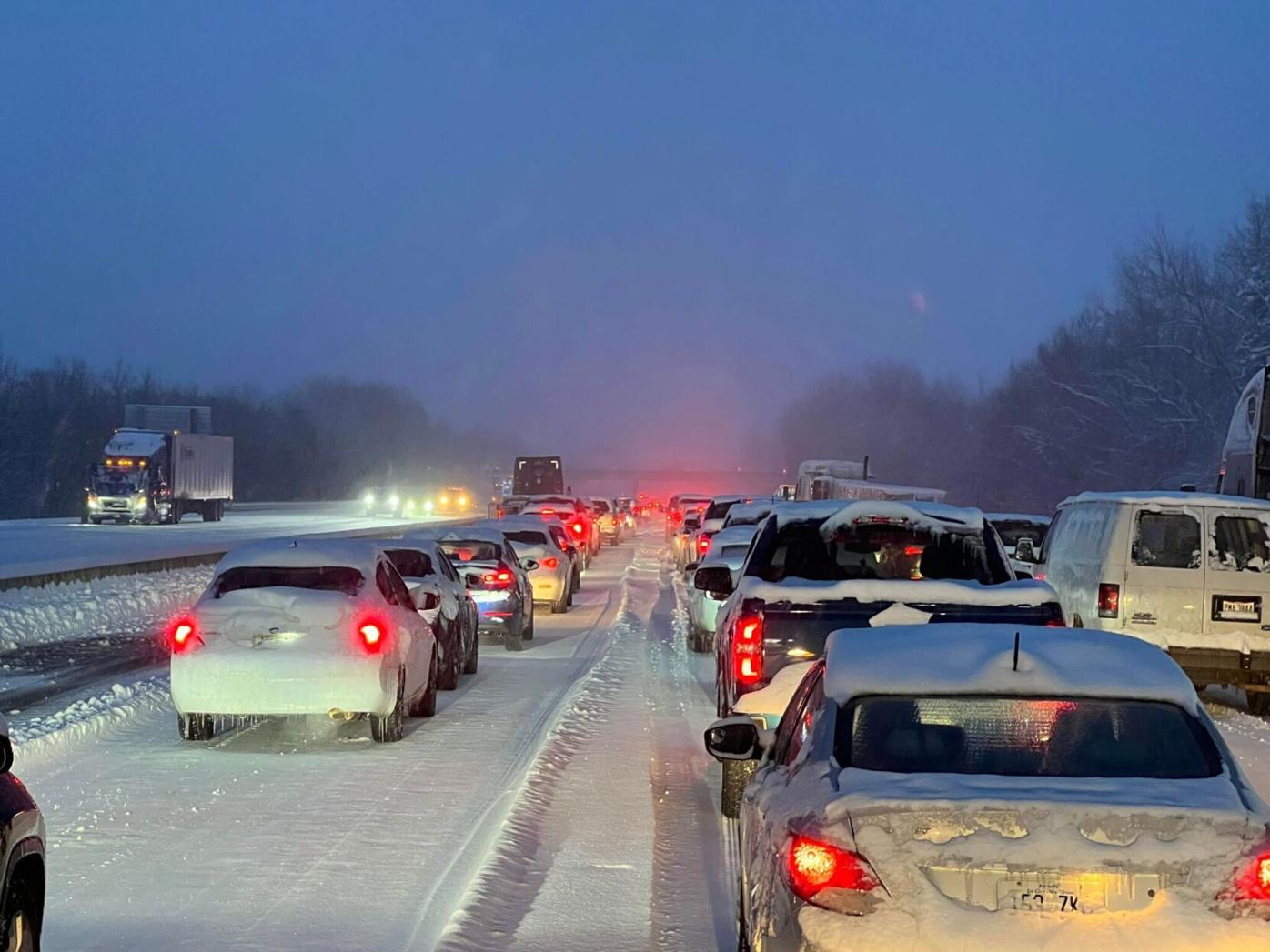 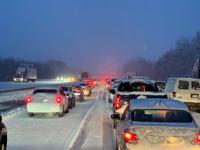 Travelers have been stuck for hours as winter weather gridlocks Western Kentucky Parkway. 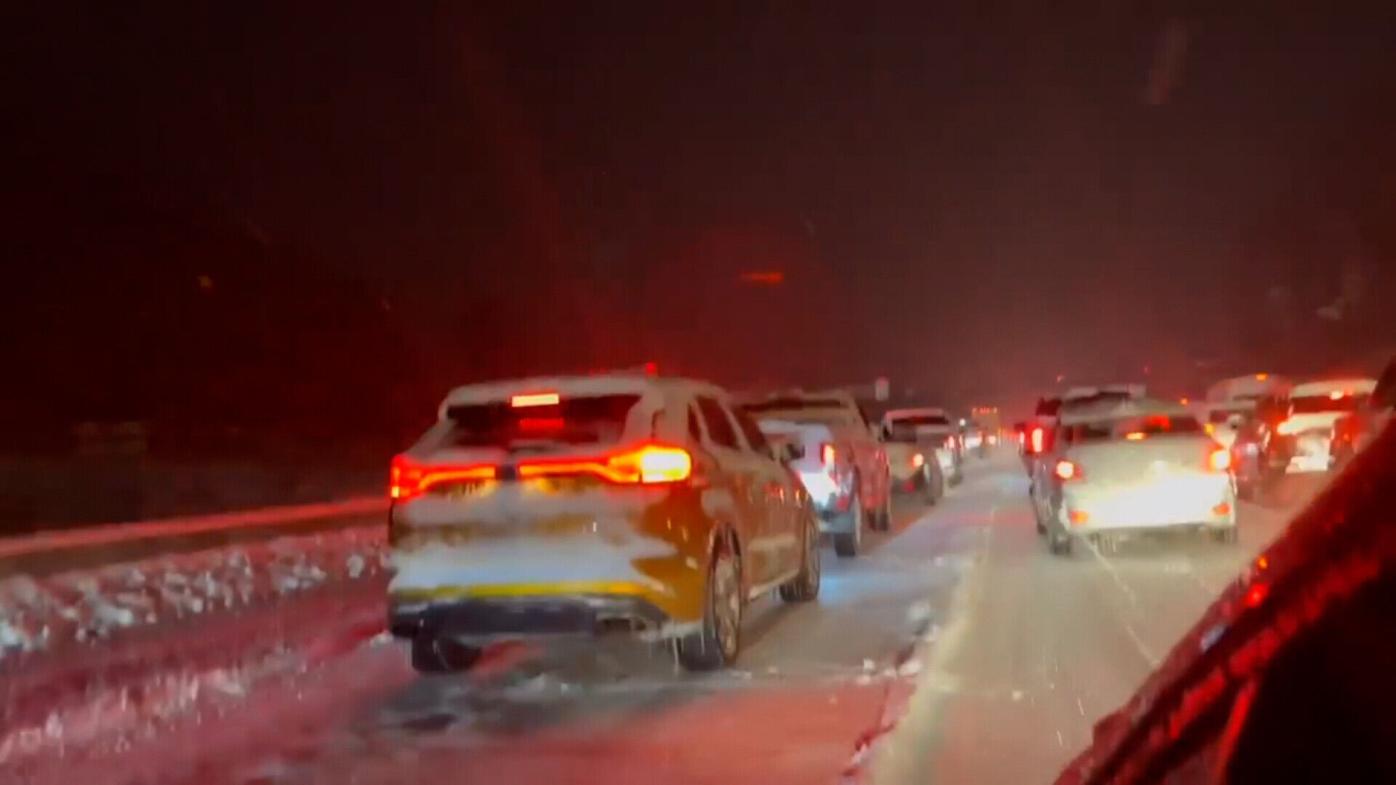 Cars stuck on the interstate as travelers wait for traffic to clear.

Travelers have been stuck for hours as winter weather gridlocks Western Kentucky Parkway.

Cars stuck on the interstate as travelers wait for traffic to clear.

Kentucky State Police is working to clear what they say is a more than 20-car pile-up on the Western Kentucky Parkway due to winter weather conditions.

Drivers told CNN that they have been stuck anywhere from four to five hours, moving very little or not at all.

State Police Public Information Officer Scotty Sharp told CNN that the parkway is closed in both directions near mile marker 131 in Elizabethtown.

"The only injuries being reported at this time are minor non life threatening," Sharp said, adding that the highways are covered in snow with a temperature of 20 degrees.

"I have no doubt that there is ice under that snow, and the snow is still coming down," he said.

Elizabethtown Police Department said in a Facebook post: "We cannot emphasize strongly enough that road conditions are BAD and rapidly getting worst."

Brad Herrman, a traveler waiting for the traffic to pass, told CNN that he has been stuck for five hours and only moved about a mile.

"I opened the door and stepped out to take the picture and my eyes started burning from all the car exhaust fumes," Herrman said.

Kentucky Governor Andy Beshear has declared a state of emergency following heavy snowfall across the commonwealth.

"We are urging Kentuckians to stay off the roads if possible. The weather we are continuing to see across Kentucky is dangerous," Beshear said in the statement.

Nearly 100 million people have been impacted Thursday as multiple storm systems moved across the United States, hitting both sides of the country and plunging temperatures.

There were 2 winning tickets sold in Wednesday's $632.6 million Powerball drawing

62,000 Los Angeles students and staff test positive for Covid ahead of return to school

CDC's suggestion to cancel football, band in nearly every US school called 'unrealistic'