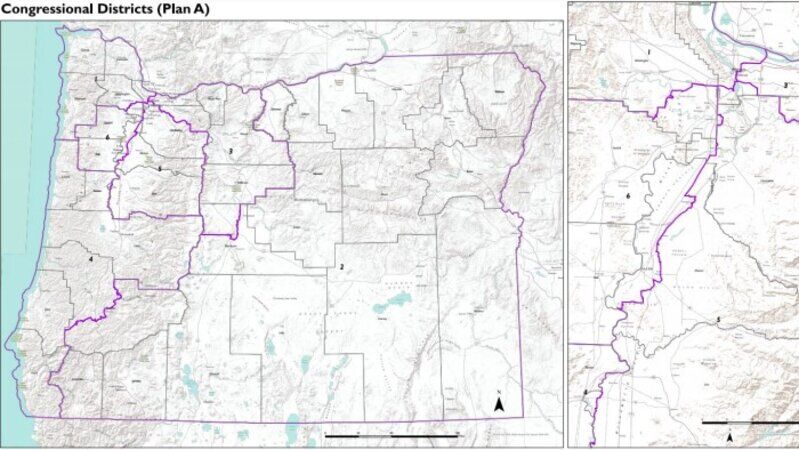 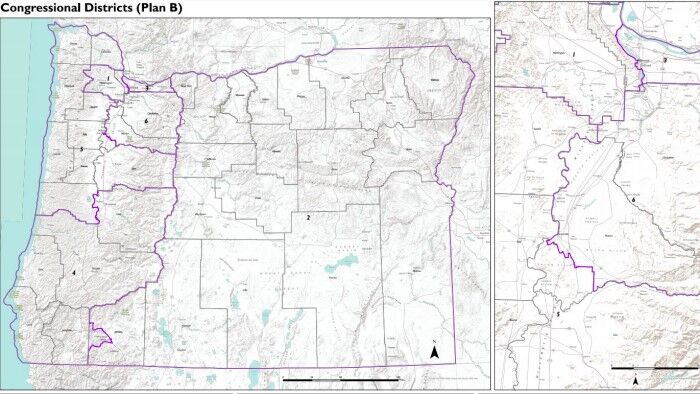 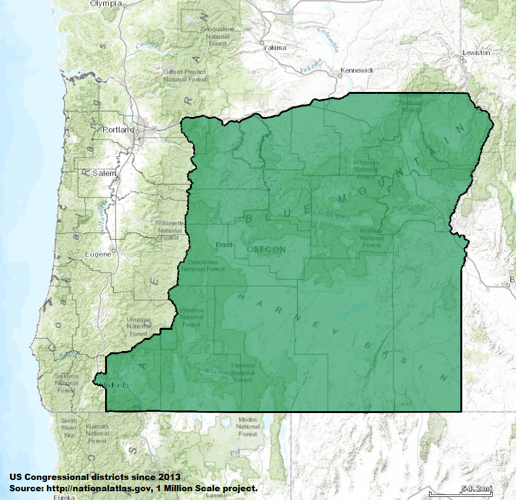 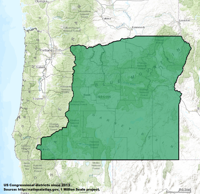 SALEM, Ore. — Oregonians got their first chance to glimpse the state's potential political landscape on Friday, as the state House and Senate Committees on Redistricting released their proposals for new Congressional and legislative districts ahead of a series of virtual public hearings on the topic.

Results from the 2020 US Census rewarded Oregon's population growth with a sixth US Congressional district. In addition to changes to the 30 Senate and 60 House districts at the state legislative level, those results necessitated a redrawing of the district boundaries.

While Oregon Democrats control both chamber of the state legislature and could have redrawn the districts almost unilaterally, Democratic leaders agreed to draw equally from both parties on the redistricting committees in exchange for assurances from Republicans that they would not block legislation.

Ordinarily the deadline for redistricting would have fallen on July 1, but with the Census delayed by the COVID-19 pandemic, lawmakers successfully pushed for a delay until September 27. Now, with the rough drafts produced, a series of 12 virtual public hearings will be held from September 8 through 13.

“There has been an impressive amount of public engagement throughout the redistricting process thus far,” said Senator Kathleen Taylor, chair of the Senate Committee on Redistricting. “We remain committed to fairness, transparency and following the law as we continue to hear from members of the community and finalize electoral maps.”

Under the two proposals from the redistricting committees, Oregon's 2nd Congressional District — which currently comprises all of eastern and most of southern and central Oregon, represented by US Rep. Cliff Bentz — will remain by far the largest district by landmass in the state. However, both proposals include significant changes to its borders brought on by the addition of a sixth district.

Under "Plan B," District 2 would retain all of the north-central Oregon counties, but would lose Josephine and part of Jackson County — including Medford and Central Point. They would join District 4 instead.

The location of the new District 6 differs by proposal, but it appears roughly in the northwestern part of the state. In Plan A, it covers Polk, Yamhill, and parts of Marion, Clackamas, and Washington counties. In Plan B, it covers most of Clackamas and Marion counties.

In 2020, a group calling itself "People Not Politicians" championed a ballot measure that would have removed the redistricting process from lawmakers and put it in the hand of a bipartisan commission. The push ultimately faltered amid the pandemic after the Supreme Court blocked a lower court ruling that would have given the group more time to gather signatures.

People Not Politicians, still lobbying against the current redistricting process, released a statement on Friday expressing wariness of the lawmakers' proposals.

“There is no amount of technical savvy or sophisticated mapping software that removes the inherent conflict of interest that exists when partisan legislators are given the benefit of drawing their own electoral lines—the fox is guarding the henhouse, '' said Norman Turrill, chair of People Not Politicians. “Oregon voters should be choosing their politicians, not the other way around.”