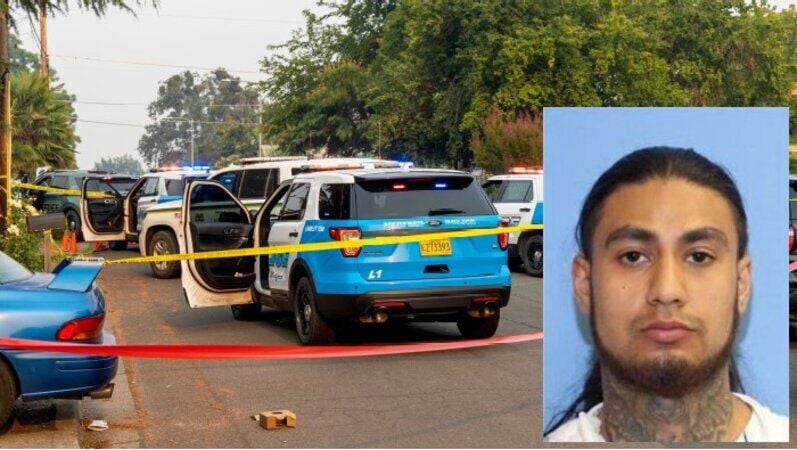 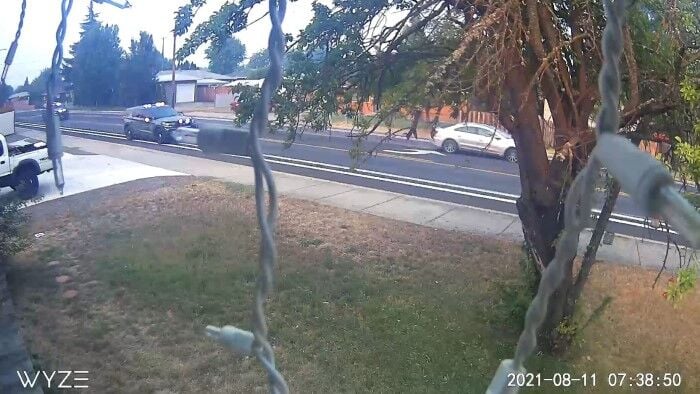 MEDFORD, Ore. — A high-speed chase earlier this month ended in a hail of gunfire at a west Medford intersection. The suspect, who survived the exchange with officers, is now being charged and the officers who fired have been cleared of wrongdoing.

The original incident started just before 7 a.m. on August 11, when police put out an "attempt to locate" call for a vehicle stolen in an armed carjacking near Canyonville in Douglas County. The car was a silver Volkswagen CC with California plates, and was reportedly headed southbound on I-5 toward the Rogue Valley. The suspect in the chase was later identified as 25-year-old Aurelio Escobar.

The first officers to spot the Volkswagen were from Central Point Police, but an attempt to stop the driver quickly became a high-speed chase down I-5. With the suspect driving recklessly around other motorists, officers fell back from the pursuit. The chase wound into Phoenix, then curved back toward Medford — involving more and more agencies as it dragged on.

"It continued westbound on South Stage Road, where a spike stripe was successfully deployed on the Volkswagen," the Jackson County District Attorney's Office said. "From South Stage Road the pursuit continued until it reached northbound on Columbus Avenue, where due to the speed of the Volkswagen Jackson County Sheriff Sergeant Weaver authorized a PITmaneuver (a method used to cause a car to stall during a pursuit).

"The initial PIT maneuver was not successful, but a second attempt westbound on Dakota Avenue worked. The pursuit finally ended at 7:38 a.m., when the Volkswagen driven by Mr. Escobar ended up stalled in a hedge."

As the Volkswagen and pursuing police vehicles came to a stop, three officers jumped out of their vehicle with guns drawn and ordered Escobar to show his hands. According to the DA's office, as those commands were being issued, Escobar rolled down his driver-side window and fired with a .38 revolver.

"Sergeant Weaver believed it was pointed in the direction of both and saw the flash from Mr. Escobar's gun when it was fired," the DA's office said. "Deputy Hegdahl fired twenty-one rounds, Officer Doney fired eight rounds, and Sergeant Weaver fired two rounds, in response to the threat to their lives and the other law enforcement officers' on scene lives."

Escobar was hit several times in the shoulder, arm, and head. When he no longer appeared to pose a threat, officers at the scene started rendering first aid until paramedics arrived. An ambulance crew took Escobar to Asante Rogue Regional for treatment, and he was detained that evening on a fugitive complaint out of Yakima, Washington. Charges for the alleged Jackson County crimes followed on August 23, though Escobar remains hospitalized.

Ultimately, the grand jury determined that the officers' use of force was justified and in compliance with Oregon law. They also returned an indictment for Escobar, charging him with three counts of Attempted Murder in the First Degree with a Firearm, Unlawful Use of a Weapon with a Firearm, Attempt to Elude Police - Felony, Felon in Possession of a Firearm, Unauthorized Use of a Motor Vehicle, Recklessly Endangering Another Person, and Reckless Driving.