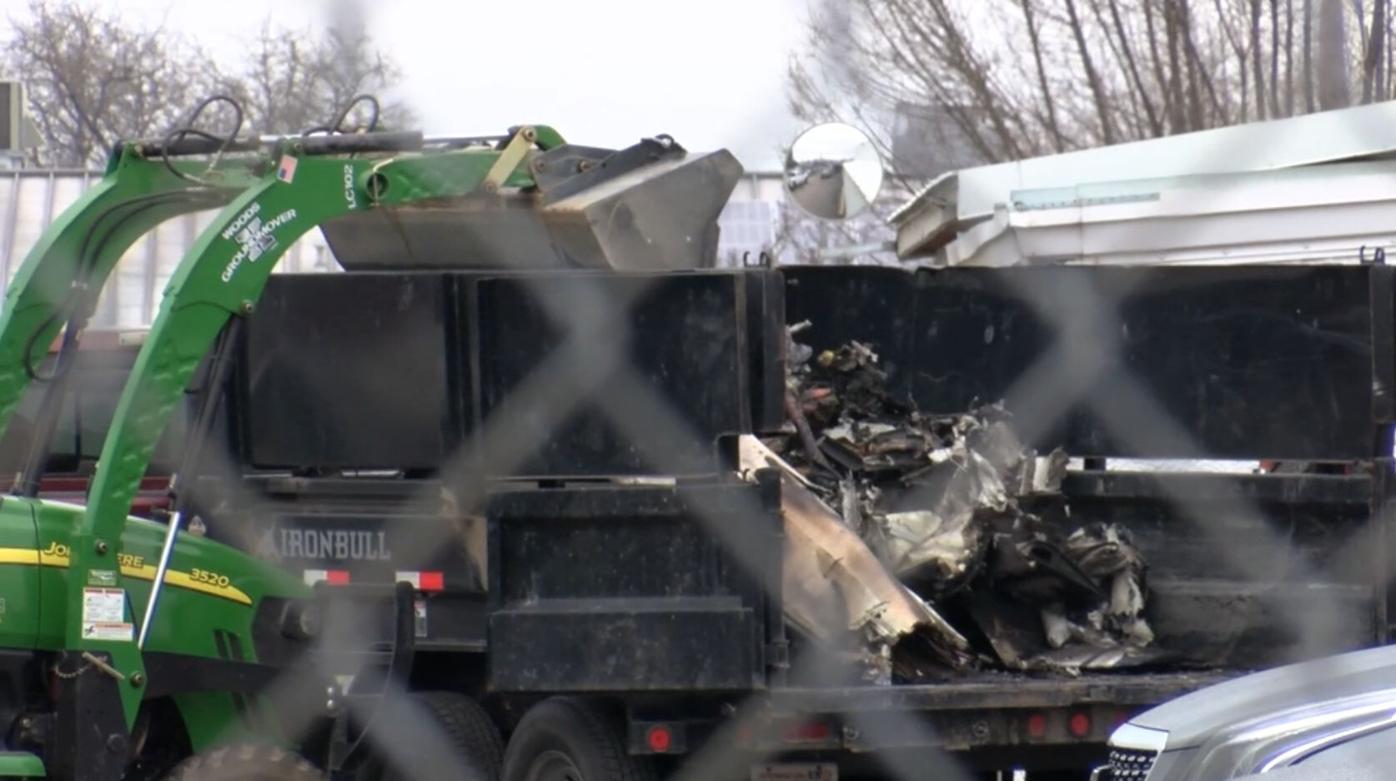 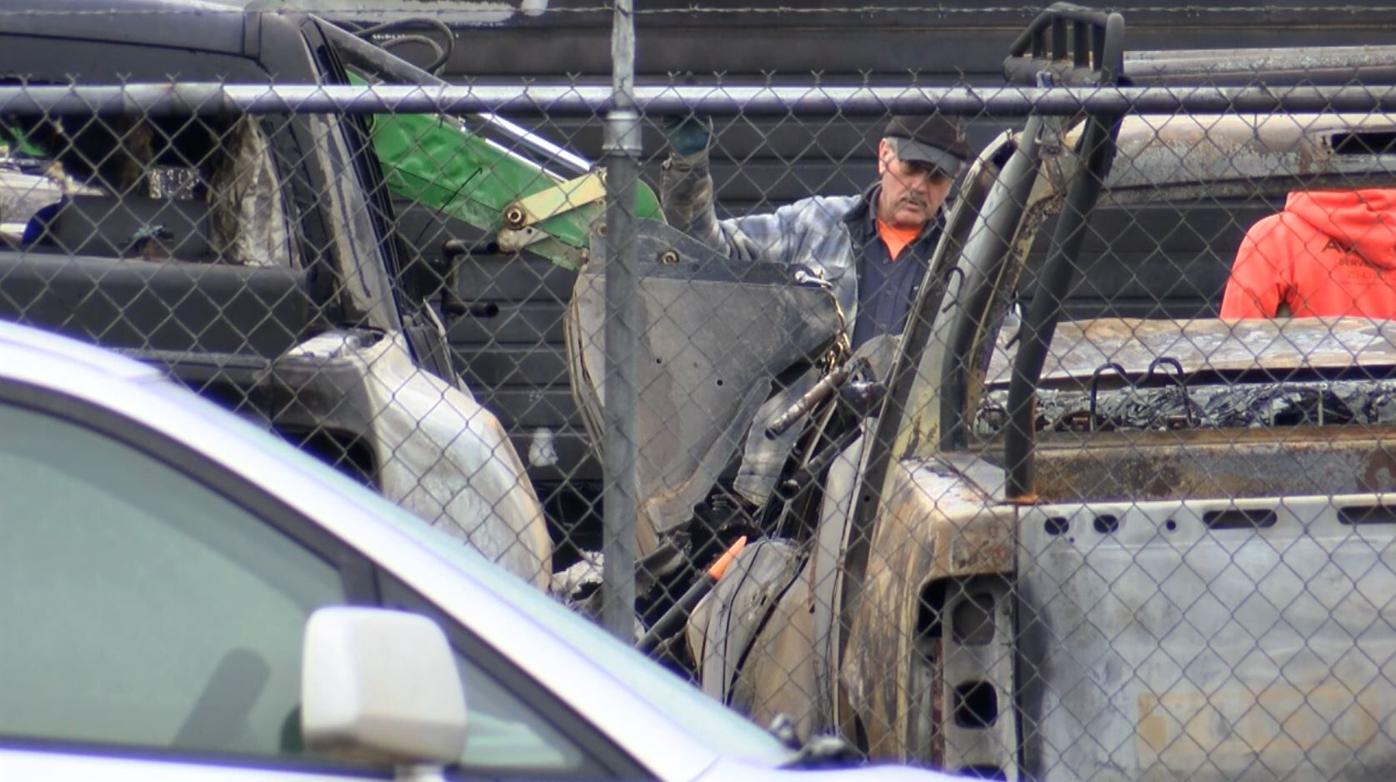 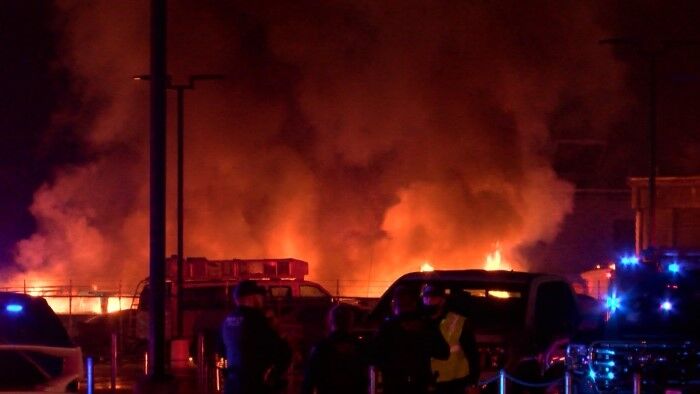 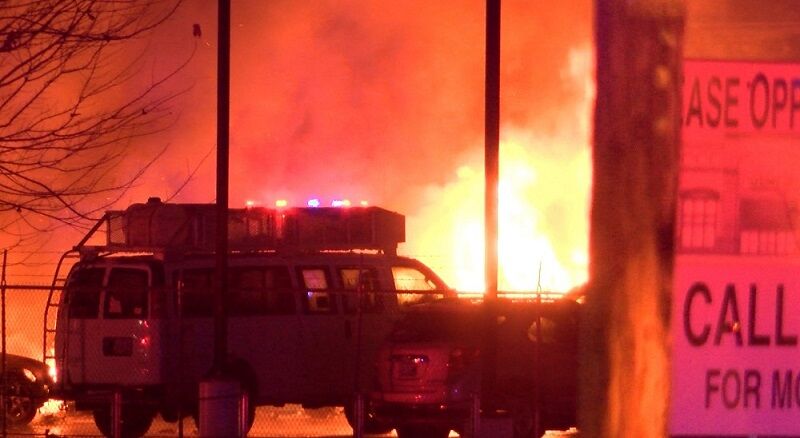 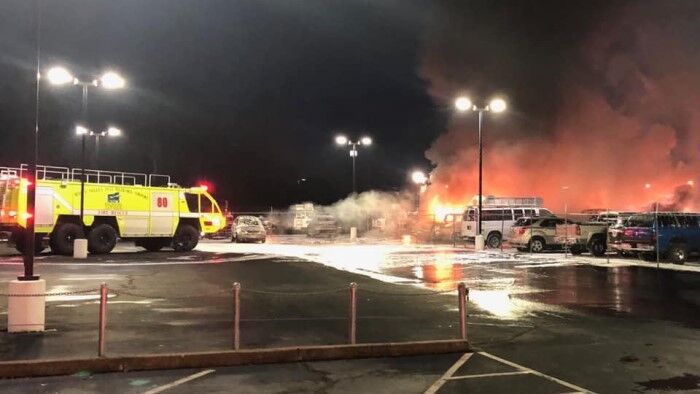 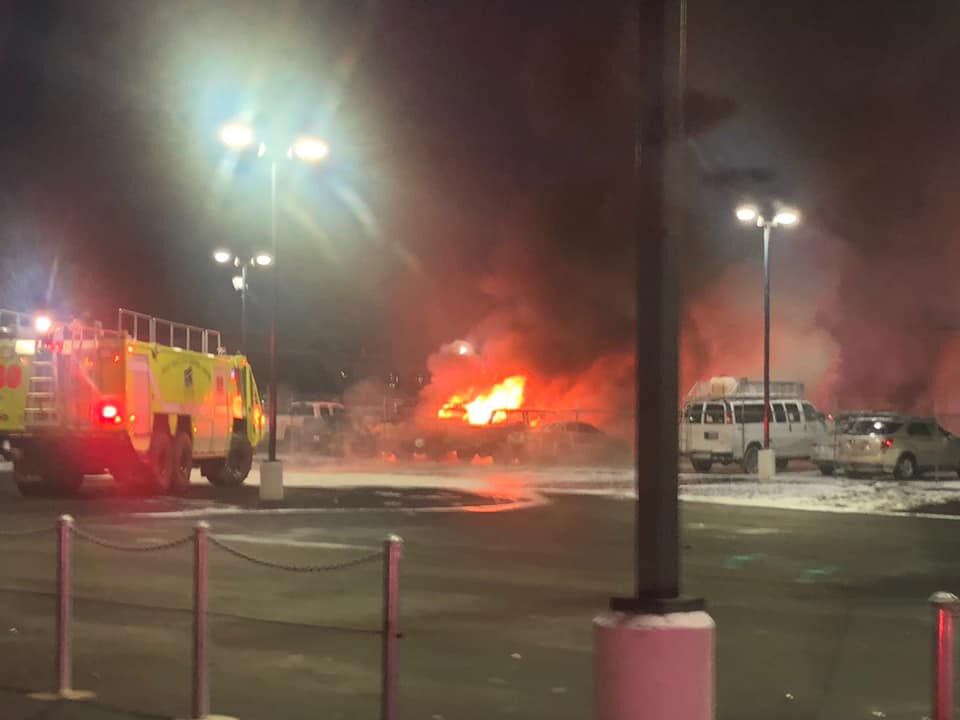 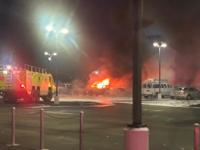 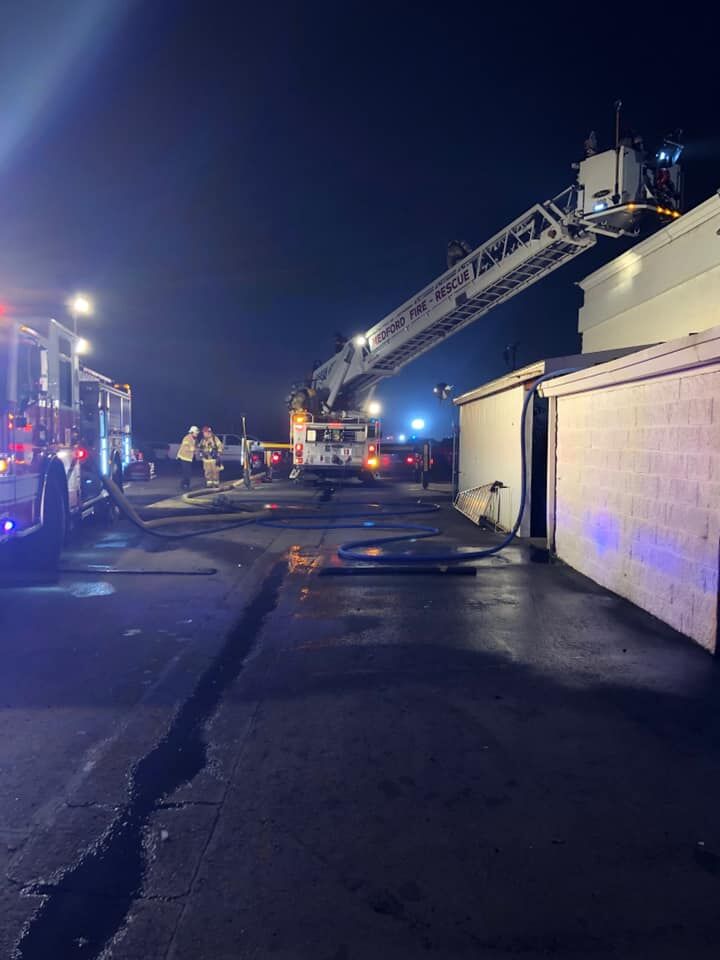 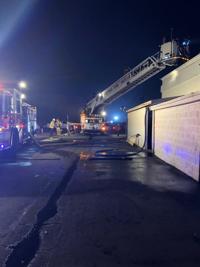 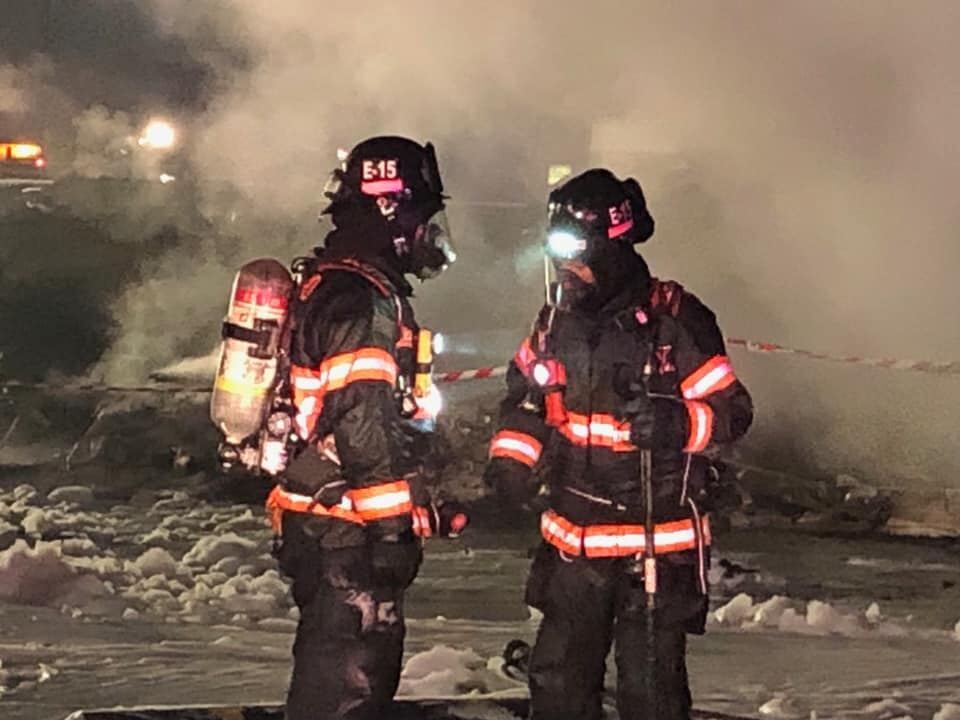 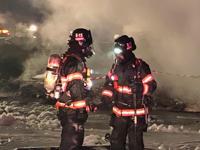 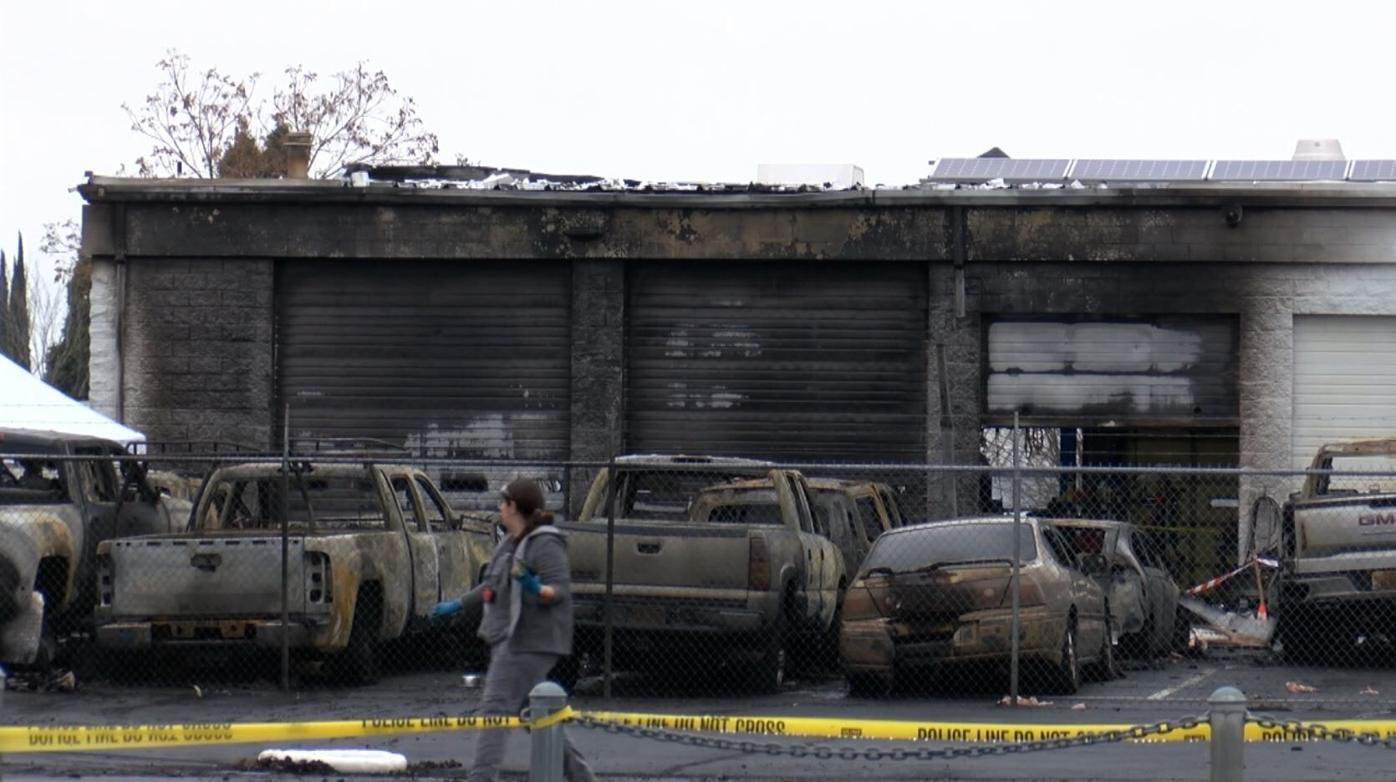 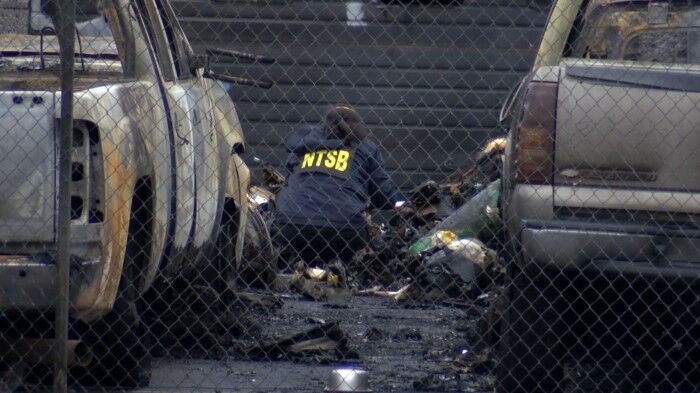 MEDFORD, Ore. — The charred remnants of a plane that crashed into the Airport Chevrolet dealership lot on Sunday were hauled away Wednesday by investigators from the federal National Transportation Safety Board, the next stage in an investigation aimed at discovering what went wrong.

NewsWatch 12 learned Wednesday that customer vehicles awaiting pick up after being serviced were among the wreckage.

The pilot and a single passenger killed in the crash were identified Monday as 69-year-old Donald Harbert Sefton and 67-year-old Valerie Jean Serpa, both of Fallon, Nevada, a small city located east of Reno and Carson City. The aircraft was registered to Sefton.

Officials from the NTSB and FAA arrived in Medford on Monday afternoon to take control of the inquest from local authorities. NTSB senior aircraft accident investigator Zoe Keliher said that the two bodies were recovered by the medical examiner soon after their arrival.

The team spent Tuesday working through the remains of the aircraft and documenting ground scars from the impact it caused on the surface of the dealership parking lot, Keliher said — working to salvage any possible clues from components that weren't obliterated by the explosion and flames.

As of Tuesday, NTSB was still in the "fact-finding phase," which means that we're documenting everything at the scene and trying to determine what could produce meaningful data. When they do find something of interest, it is taken off-site for analysis.

With the debris cataloged, the agency began hauling it away on Wednesday morning — loading pieces, much of it charred beyond recognition, into a trailer so that it can be transported up to the Seattle area for the next stage of the investigation.

A preliminary crash report from the NTSB is expected to be released within the next two weeks. But according to the NTSB's normal procedures during a crash investigation, the final report with a probable cause for the crash may not be determined for 12 to 18 months after it occurred.

According to flight logs, Sefton's plane originally left Fallon Municipal Airport on the morning of Wednesday, November 24 and arrived in Medford at noon that day. On Sunday, he departed the Medford airport at 4:50 p.m. and was supposed to arrive back in Fallon at 6:50 p.m., but crashed just minutes after takeoff.

Video provided to NewsWatch 12 from two sources shows that the plane ultimately descended rapidly and at a near-vertical angle before slamming into the Airport Chevy lot, creating a plume of smoke and then exploding into flame seconds later. But one of the videos also shows Sefton's plane prior to the crash apparently fighting to gain altitude — swooping down into the frame and pulling back up, remaining out of the frame for several long seconds, then reappearing in a terminal loop earthward.

Shortly after takeoff from the Medford airport, a plane descended rapidly and at a near-vertical angle before slamming into the Airport Chevy lot. This video was provided to NewsWatch 12 by Kelly's Automotive. Some viewers may consider this footage disturbing.

In a recording of the air traffic control chatter, it's possible to hear the airport tower communicating with Sefton in the lead-up to the crash, giving him instructions on how to maneuver after takeoff. Then an alarm begins to sound.

Moments later, when the air traffic controller begins speaking again, his voice is charged with urgency as he calls for the Medford airport's rescue and firefighter team:

"Truck 80, Medford Tower, the aircraft appears to have crashed over by the Subaru Chevron [sic] dealer, approximately one mile from the airport due south."

There were no reports of injuries to anyone on the ground. It took several hours for fire crews from the Medford Fire Department and the Medford airport to extinguish flames from the gas-fueled fire.

Airport Chevrolet said on Monday morning that it had reopened its Sales Department, but its Service Department remained closed due to the damage caused by the crash and the adjacent investigation.