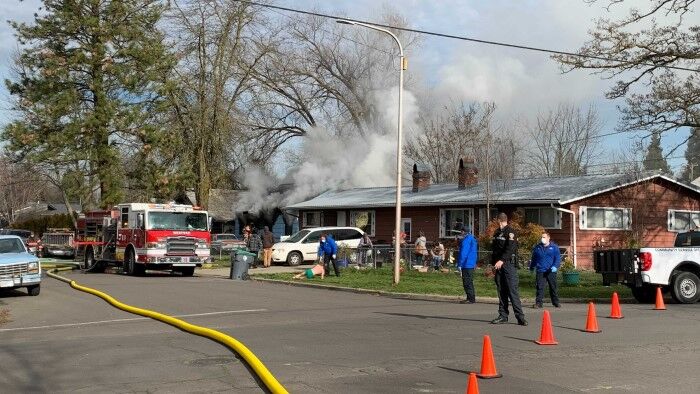 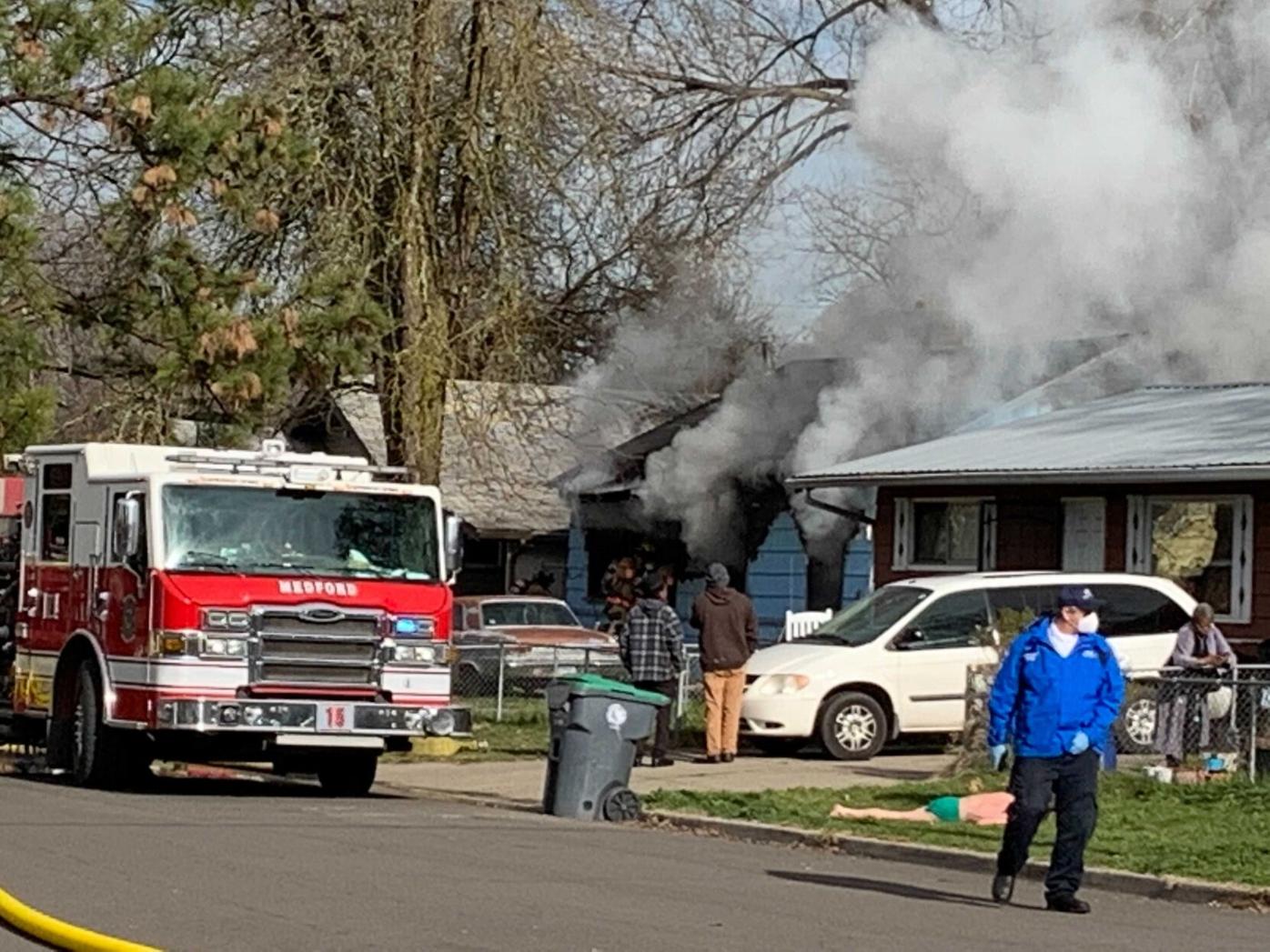 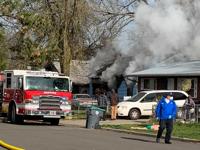 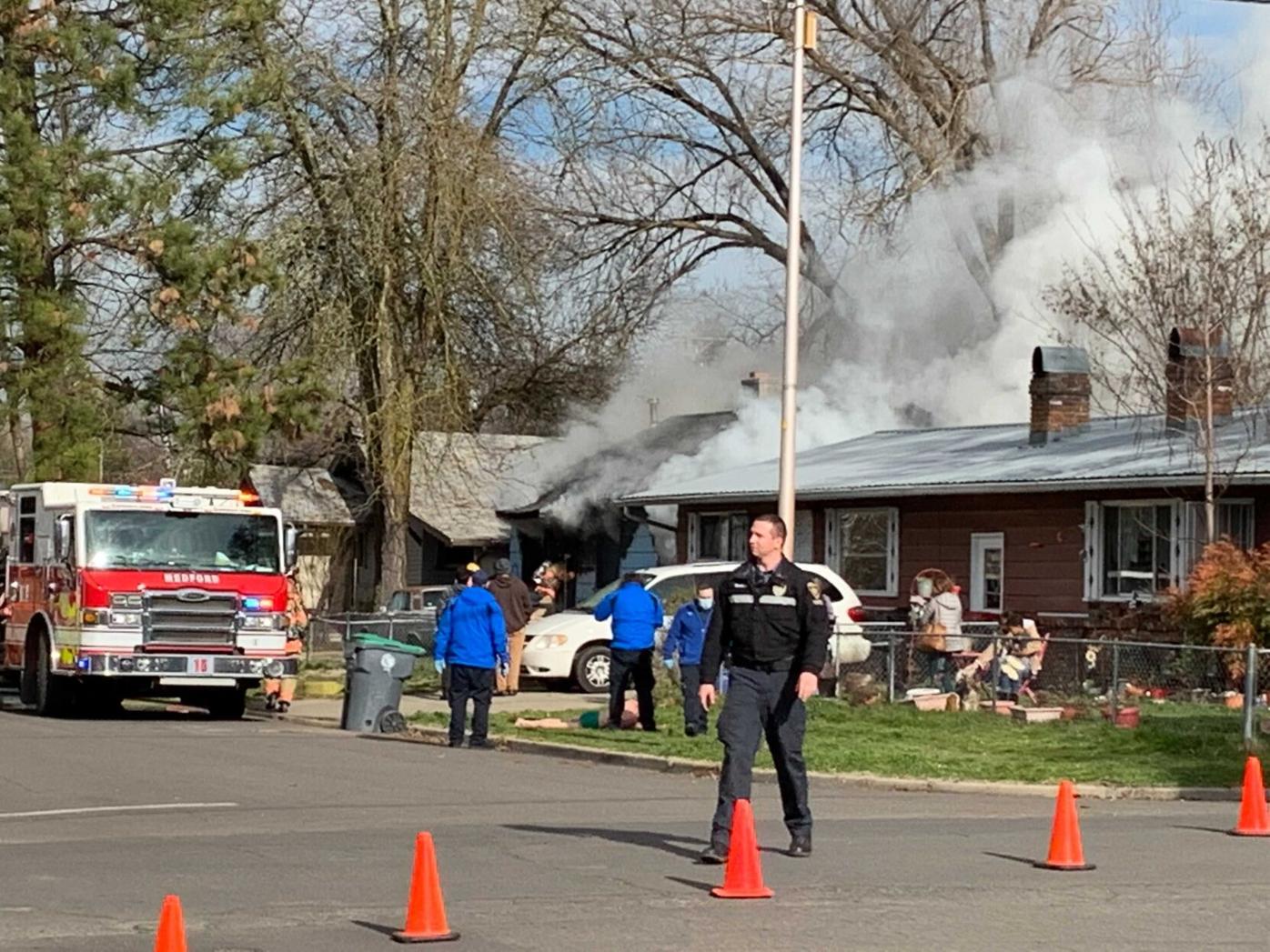 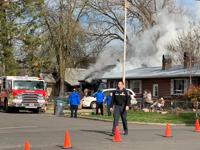 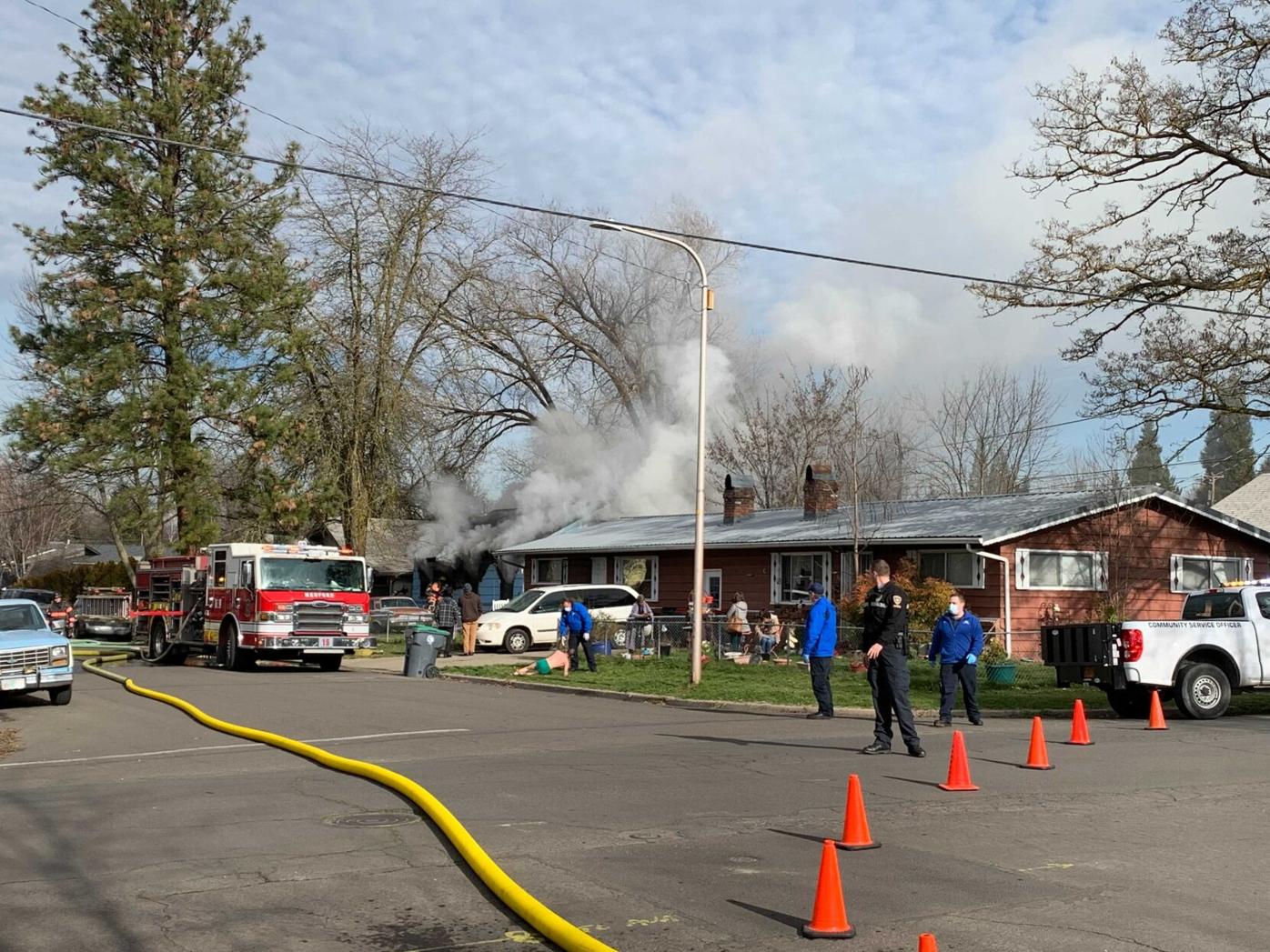 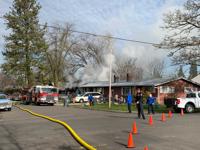 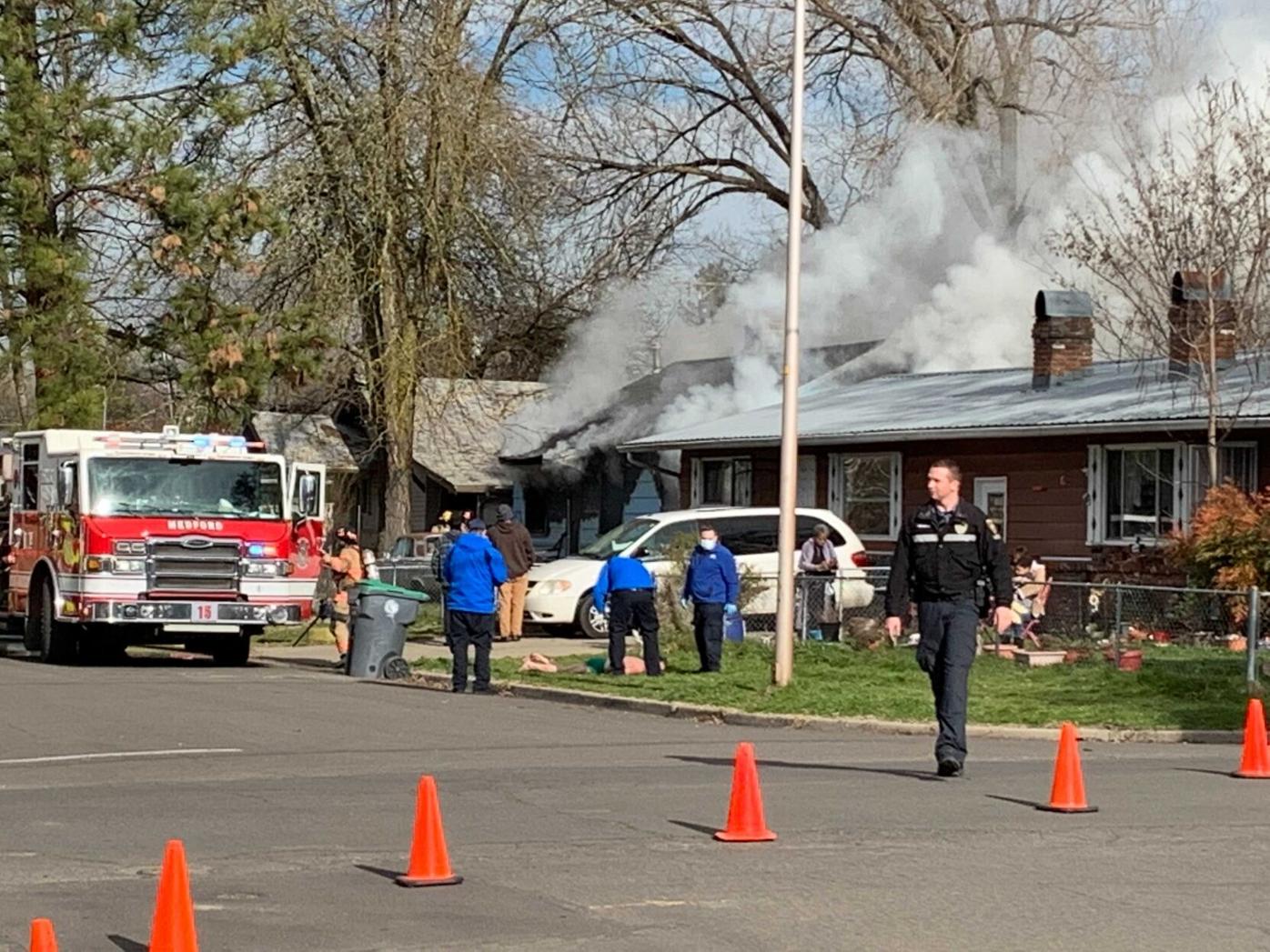 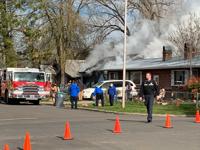 MEDFORD, Ore. — No one was harmed, but a home is a total loss after catching fire Tuesday afternoon on Effie Street in Medford.

The fire started at a home in the 500-block of Effie Street around noon. Flames spread quickly, sending a plume of smoke into the air that was visible on the other side of the city.

"We knew it was a working fire prior to arrival, just because they said there were flames showing from the windows," said Medford Fire Department chief Eric Thompson. "The engines, when they left the station, could see a very defined column — thick smoke."

Thompson said that when fire crews arrived at the scene, they saw flames pouring from the home's front windows and beginning to come out of the back.

Firefighters managed to quickly knock down the flames and prevent the fire from spreading to any nearby buildings. Crews stayed on scene to overhaul the home and ensure there were no hot-spots remaining. There were about 20 firefighters at the scene during the height of the response.

Thompson confirmed that no one was harmed in the fire, and it's unclear how many were displaced. The cause is still under investigation.