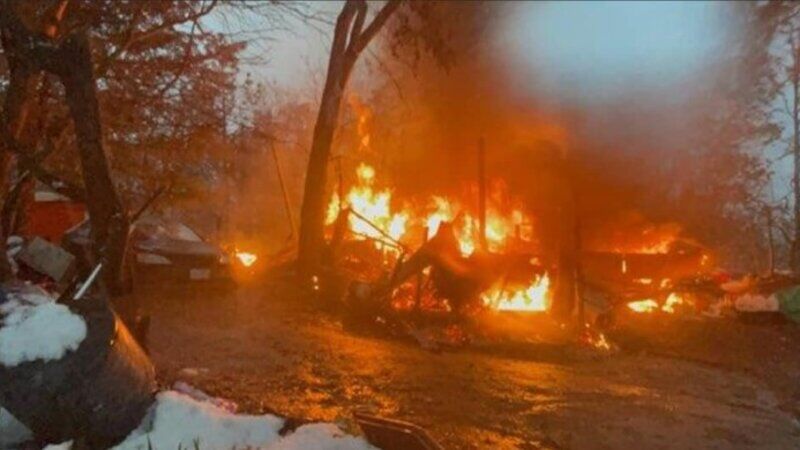 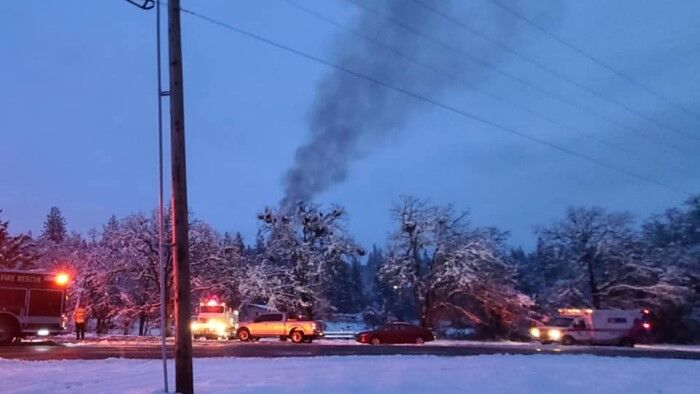 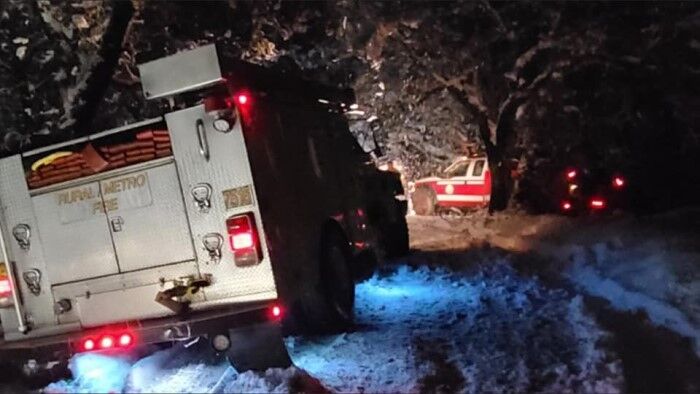 HUGO, Ore. — One person was found dead after a mobile home caught fire and collapsed near Hugo on Monday evening, according to Rural Metro Fire.

Josephine County dispatch began receiving a number of 911 calls about the fire shortly before 4:30 p.m. on Monday, according to Rural Metro, coming from neighbors in the area and drivers along I-5.

Crews from Rural Metro Fire arrived to find a single-wide mobile home on a hill in the 6300-block of Hugo Road, accessible only by a long driveway off Trevor Way. The unplowed driveway quickly became a problem for firefighters working to access the burning home.

"A small 4WD wildland engine was able to reach the home, which had already collapsed," Rural Metro said. "Due to limited space at the location due to excessive yard accumulation, the single engine shuttled loads of water up the driveway from units staged at the bottom."

Fire crews requested the help of a County snowplow, but even the plow truck struggled to fully clear the narrow driveway due to vehicles and debris scattered along the edge of the driveway, limiting areas to push the snow.

It was 11 p.m. before firefighters had completely wrapped up at the fire scene. Rural Metro said that one fatality was confirmed, and the fire is now under investigation by Rural Metro, the Office of the State Fire Marshal, and the Josephine County Sheriff's Office.

"As was profiled in a previous PSA posted on this page, recent snow and ice can have a significant impact on emergency response in certain elevated locations," Rural Metro said in a Facebook post. "First Responders are urging everyone to evaluate their particular situation, and attempt to address any contributing factors that affect quick access by emergency personnel and equipment. With the cold temperatures in the forecast, snow accumulation on driveways are not likely to melt anytime soon."

Lava Fire expected to be fully contained by August 1st