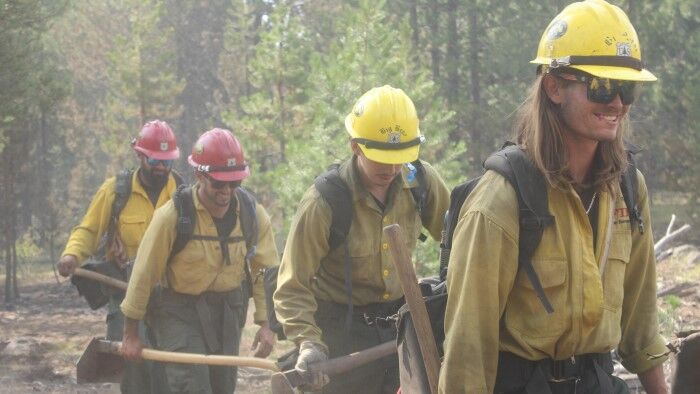 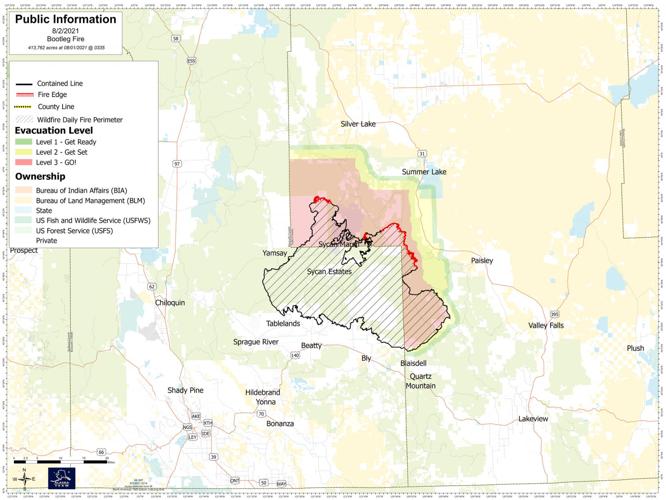 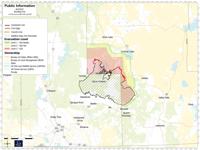 KLAMATH FALLS, Ore. — While parts of the Bootleg Fire's interior continue to burn, firefighters have largely kept the fire from growing as they approach near-full containment. The fire was estimated at 413,762 acres — or 647 square miles — with containment staying at 84 percent as of Monday morning.

Crews reported seeing smoke from fuels burning within the fire area on Sunday as they worked to widen fire lines and soak the remaining heat and flames along the edges. Officials said that dozers have been straightening the "ragged edge" of the fire on the east side to build better containment.

"If a spot fire were to start, or if the existing fire jumped the line, contingency lines are in place to stop its progression," fire officials said. Due to the crews’ tremendous efforts over the past few days, the percent containment has increased and the miles of active fire edge have decreased significantly."

Despite all the recent progress, officials noted that the Bootleg Fire's size and local conditions mean that it still traps a great amount of heat and will continue to pose a fire hazard. "Megafires" like the Bootleg usually will not be fully extinguished until the late fall or early winter, when temperatures drop and moisture rises.

“For local residents, warm, dry, windy weather in this area is not a surprise,” said Tom Wright, Incident Meteorologist of the National Weather Service, Medford. “In fact, this is a common weather pattern, but it usually occurs in September — not the end of July and early August.”

Officials noted that 2021 is different. Parts of Klamath and Lake counties are in an “exceptional” drought, and have been in drought conditions for more than two years. Rainfall is at barely half the normal amount for the water year, and it is unlikely that the percentage will catch up, since the remainder of the year is the dry season.

The record heat event in late June included three days in a row of more than 100-degree temperatures, adding to the phenomenon of drying trees, vegetation, and soil.

Fire meteorologists anticipate thunderstorms in the area will bring isolated shower in the afternoon on Monday, but dangerous fire weather conditions are likely to return over the next several days — leaving fuels vulnerable to ignition from lightning strikes or embers.

HeatWatch: Cooling shelters to open in Medford on AUgust 10