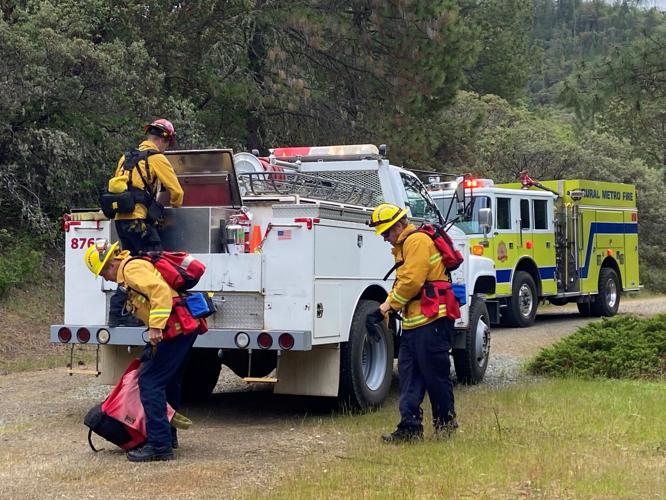 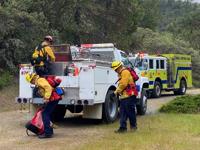 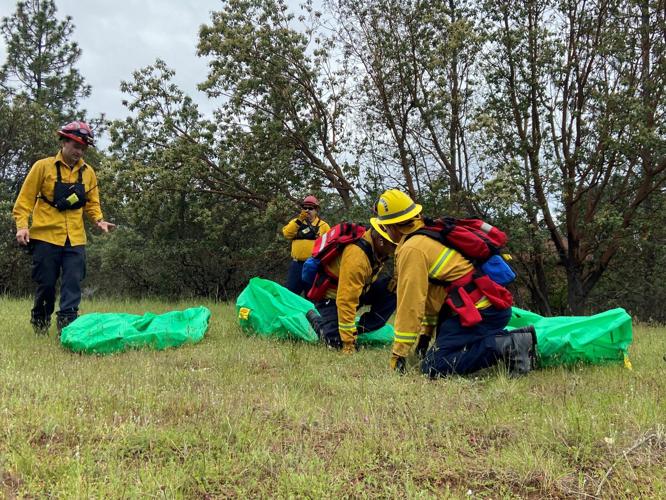 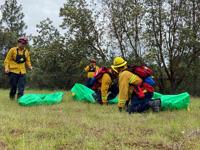 Grants Pass -      Today fire departments from all over the Rogue Valley gathered at the Rural/ Metro Fire Station in Grants Pass to participate in the annual Wildfire Readiness Exercise to prep for wildfire season.

As May is recognized as wildfire awareness month, crews found this time to be the perfect opportunity to refresh and prep for wildfire season. The training took place in a neighborhood where homeowners agreed to allow the use of their property for these trainings. A lot of these homes are surrounded by trees, tall grass, and bushes, elements that are very similar to what a fire could actually hit during fire season.

“We were very thankful to the homeowners and the community for allowing us to work in that neighborhood because it is very representative of southern Oregon residents and areas we work in,” says Grants Pass Fire and Rescue Battalion Chief Brandon Rigaud.

These neighborhoods are called fire-wise communities, an opportunity for homeowners to learn where vegetation should be located and grown around their property. As well as other tips to be fire safe in their neighborhood during the summer.

Aaron Thompson is a lieutenant firefighter for Grants Pass Fire and Rescue, he says the trainings are crucial for their work during the summer months.

“Every training opportunity is an opportunity to learn something new, going through and experiencing that it’s helpful leading up to the summer,” says Thompson.

Crews focused on wildland perimeter control, structure protection and rescue, communication tactics, and general life safety. To stimulate a wildfire, they used red striped tape to mark where the fire would be so firefighters could practice the different tactics to let it out.

“Today was a really good dry run when there’s no fire. You’re able to work through all the kinks that happened and knock the rust off from the winter and be better prepared for when fires on the ground,” says Rigaud.

Rigaud says verbal communication is key when running through exercises like these to practice for real wildfires.

Camryn joined NewsWatch 12 as a reporter/producer at the end of January, 2022.