John Skoda's sentence may keep him from serving any further time in jail, but victims of the fire have their reasons for wanting it that way.

YREKA, Calif. — The man convicted of starting the 2018 Klamathon Fire received his sentence in a Siskiyou County court on Wednesday. With the sentence passed down by a judge, 32-year-old John Colin Eagle Skoda may not spend any further time in jail.

The Klamathon Fire started in early July from a fire that Skoda started in a small rock-lined pit on a friend's property. The fire burned out of control and grew quickly — racing through the community of Hornbrook, destroying almost 100 homes and other buildings, and eventually growing to more than 38,000 acres across Siskiyou County and into Southern Oregon.

One man, 72-year-old Joh Karl Bermel, died during the evacuation of Hornbrook, and three firefighters were injured over the following days.

RELATED: Hornbrook, one year after the Klamathon Fire

The Siskiyou County District Attorney said that Skoda tried to put the fire out himself and asked for help from neighbors when his efforts proved unsuccessful. He finally called 911 when the fire continued to grow. The District Attorney also attested to Skoda's remorse since the fire.

The Judge sentenced Skoda to one year in jail, but he may avoid further jail time altogether by qualifying for a work program known as SWAP — the Sheriff's Work Alternative Program. He could also qualify for house arrest with electronic monitoring at his home in the Bay Area.

Regardless, Skoda will have to complete 1000 hours of community service and five years of probation concurrent with his jail sentence. The judge said that he encouraged Skoda's community service be spent in some kind of fire prevention program. Though Skoda must complete his community service in California, it does not necessarily have to be in Siskiyou County.

RELATED: Hornbrook celebrates one year anniversary of returning home after the Klamathon Fire

Skoda will also have to pay at least $43,000 in restitution to victims of the Klamathon Fire and thousands more in fines. If Skoda does serve jail time then it will impede his ability to pay restitution, and the DA said that victims had expressed a preference toward Skoda working off his debts.

Skoda will need to report to the Siskiyou County Jail within seven days, where he will find out if he has qualified for one of the mitigating programs. His first restitution payment is due November 15, and he will have to pay $200 per month. 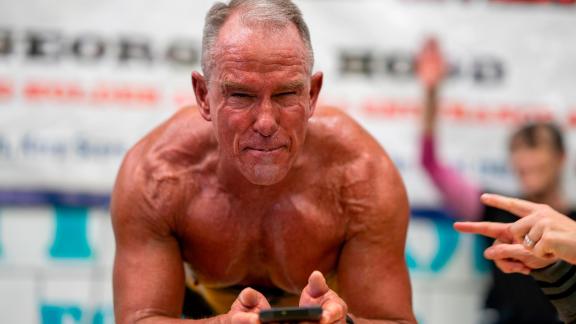