Comet NEOWISE will hopefully be visible through the month of July starting in the early morning then transitioning to the evening by the middle of the month.

MEDFORD, Ore. - Stargazers are in for a rare treat during the month of July. The Comet NEOWISE (also known as Comet C/2020 F3) will be whizzing by Earth and can be viewed with the naked eye. The comet was discovered back in March has it zoomed towards the Sun. On July 3rd, the comet survived its close pass going around the Sun, which often times can break up a comet. That's what happened to two comets earlier this year, but fortunately, this one avoided the same fate.

The comet is now brighter than Halley's Comet, which passed through the inner solar system back in 1986. Photos are being taken all around the world of Comet NEOWISE, and you'll be able to check it out here in Southern Oregon and Northern California too.

MORNING VIEWING: Through at least July 11th, you'll be able to view NEOWISE early in the morning just before first light. We're talking here between 1 to 2 hours before sunrise, so basically between 4 AM to 5 AM. The comet will be lost as the sun brightens up the sky. You'll want to look at the northeast sky, just above the horizon. It'll be a good idea to get away from any light pollution.

EVENING VIEWING: Starting around July 12th or so, Comet NEOWISE will start to be viewable in the evening, about an hour after sunset in the northwestern sky. As the month goes on, it'll get higher and higher in the sky under the Big Dipper. Once again, you'll want to avoid being around light pollution.

Binoculars or a telescope can help you initially spot the comet, but after that you should be able to track it with the naked eye. However, the binoculars or telescope can also be used to reveal more details of the comet and provide a better view. Photos on the internet are using a long exposure. If you take photos of the comet, be sure to share them with us on our NewsWatch 12 Facebook page or email them to weather@kdrv.com

Photo: Michael Rodriguez taken early on the morning of 7/10/20 in Grants Pass

The comet will make it's closest pass by Earth, about 64 million miles away, on July 23rd. If the comet continues to hold its brightness or even brightens more, it could make for quite a view. Eventually, later in the month it'll gradually dim then fade out at the end of the month as it head deeper into space. Comets are very fickle things. Its possible it could break up or it's icy tail could dissipate leaving it unviewable. So the best advice is to check out Comet NEOWISE sooner rather than later.

After Comet NEOWISE departs our inner solar system, it won't return again for another 6,800 years.

OSP: Investigation finds shots were fired at vehicles on I-5 in Jackson County

Oregon 'Free Fishing Weekend' coming up on August 15 and 16

Perseid meteor shower 2020: How and when to watch 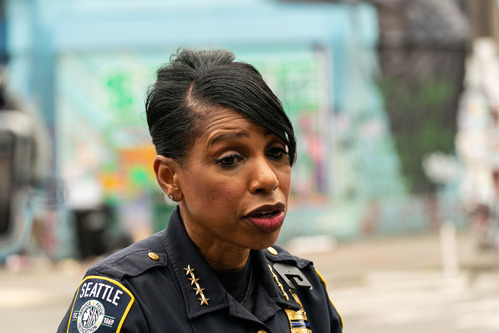 Central Point Schools prepare for online learning throughout the District