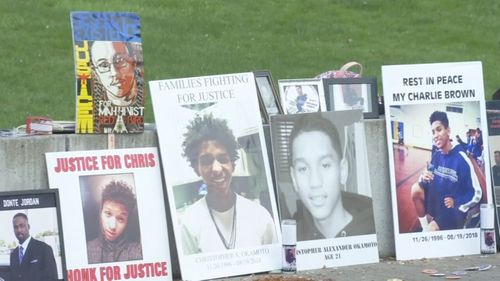 PORTLAND, OR (KPTV) -- Families that have lost loved ones to police shootings held a vigil in Northeast Portland.

They were joined by 35 families from across the country who have also been affected by police violence.

FOX 12 spoke to a woman whose son was killed in a police shooting in Longview. She said he had just been in a motorcycle accident, was unarmed and had suffered a concussion but an officer who responded to the scene shot him.

"We need to change the laws nationwide. We need to hold officers accountable for the things that they do," Marilyn Covarrubias said. "We have to have de-escalation, we have to have tactics that don't include murder, and that's the reason that I fight, and I'll continue to fight. I'm fighting for everybody

The vigil was hosted by Pacific Northwest Family Circle, a nonprofit led by people who have lost loved ones to police violence and who want to coordinate a national movement to hold officers accountable.

Season for Sharing has provided 21,000 meals through Access so far this year