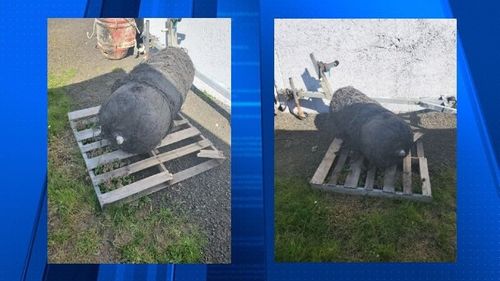 At 3:15 p.m. deputies were made aware of what was believed to be charred debris from a spacecraft that washed up in the Alsea Bay near Waldport. The debris was removed from the bay by a fisherman and was briefly stored near a local business.

After further consultation with the Oregon Department of Environmental Quality, SpaceX was contacted. The company was not able to determine if the object was a component of one of their spacecrafts, however it did appear consistent with a composite overwrapped pressure vessel.

SpaceX engineers assessed numerous photographs and observations from deputies before determining the object could be safely transported to a secure location so additional evaluation could be made regarding the object’s origin.

Veterans have a new outlook on life thanks to ColumbiaCare

SOREDI extends date for businesses to apply for SOCARES funds