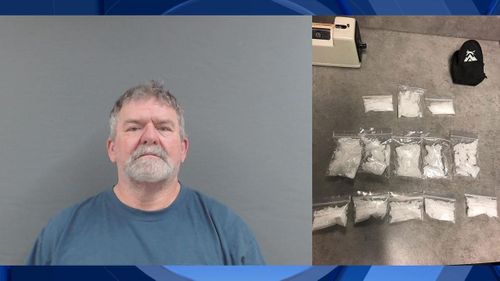 A tow truck driver was arrested over the weekend for dealing methamphetamine while working, according to the McMinnville Police Department.

MCMINNVILLE, Oregon (KPTV) -- A tow truck driver was arrested over the weekend for dealing methamphetamine while working, according to the McMinnville Police Department.

Police said they received information in Dec. 2020 that Richard Howlett Sr., 53, from McMinnville, was involved in criminal activities.

After receiving a wiretap warrant, police worked with an informant over a three-week period. Police said the informant bought more than two ounces of methamphetamine from Howlett during three separate meetings.

According to police, the transactions occurred while Howlett was either operating the tow truck or at his place of employment.

Officers searched Howlett's tow truck and place of employment and found eight ounces of methamphetamine and over $1,500, according to police.

The owners of the tow company were cooperative during the investigation, police said.

Anyone with information about criminal activity involving Howlett is asked to contact Sgt. Cully Desmond at the McMinnville Police Department at 503-434-7307.

Raiders sweep No. 23 College of Idaho, extend win streak to 13