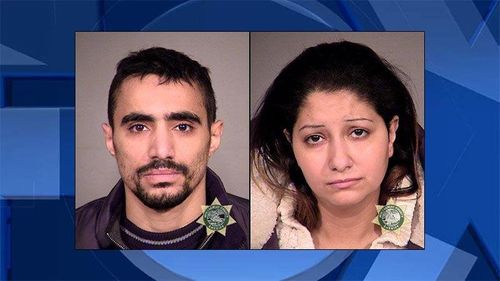 According to court documents, starvation, malnourishment, and criminal mistreatment occurred between Sept. 1, 2018 and June 27, 2020.

GRESHAM, OR (KPTV) -- Two people are facing charges for the starvation and malnourishment of two young children, according to the Multnomah County District Attorney’s Office.

According to court documents, starvation, malnourishment, and criminal mistreatment occurred between Sept. 1, 2018 and June 27, 2020.

This investigation began on June 27, 2020 when one of the children suffered a critical injury that prompted a law enforcement and medical response to a home on the 16400 block of East Burnside in Gresham.

Hospital staff then discovered the extent of the alleged starvation and malnourishment, according to investigators.

Both children are under the age of 6 years old. They continue to receive medical attention to restore their health, the DA’s office reports.

No further details were released about the investigation.

This case is being investigated by the Gresham Police Department and the Multnomah County District Attorney’s Multidisciplinary Child Abuse Team.

Missing plane may have been found in Siskiyou County, officials say