No in-person class until November for students in Portland, Beaverton, other Oregon school districts 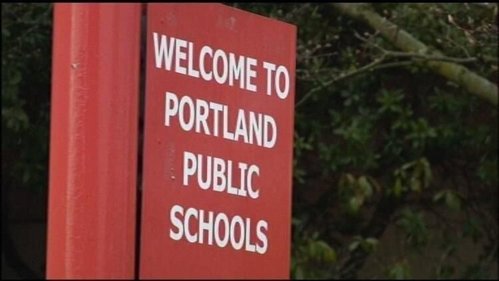 There will be no in-person classes until November for students in three of Oregon’s largest school districts.

PORTLAND, OR (KPTV) -- There will be no in-person classes until November for students in three of Oregon’s largest school districts.

Portland Public Schools announced on Tuesday afternoon that classes would be online until at least Nov. 5.

In a similar move, The Beaverton School District said classes would remain online until Nov. 13. There is potential for kids in kindergarten through 3rd grade to go back earlier if Washington County gets to a point where it can meet the governor's new requirements, according to a district spokesperson.

"The reason we have set that timeline is that we know our families need to plan, especially our working families, need to find daycare options and they need to know how long at a minimum it’s going to be for," Shellie Bailey-Shah, public communications officer, said. "So, we wanted to give them as much information as we possibly could today.”

"I am writing to let everyone know that after reviewing the best available guidance from health officials, and following today’s announcement by Governor Brown regarding new health metrics and standards for opening schools, we have determined that the PPS fall semester will begin online, using a new, comprehensive distance learning model."

On the heels of the announcements, the Salem-Keizer School District said it would tentatively plan to begin in-person classes on Nov. 16. It said it would hold a meeting Tuesday night to discuss school reentry. District leaders said 11th and 12th graders will not attend class in-person until the start of the second semester on Feb. 2.

The Tigard-Tualatin School District said it would begin the school year online on Sept. 14 and would keep classes online through the first nine weeks of the school year.

The announcements come on the same day the Oregon Health Authority reported the highest number of deaths tied to the coronavirus so far, with 14 deaths and 342 new confirmed and presumptive cases.

They also come as Gov. Kate Brown and health leaders on Tuesday released new metrics that schools and counties must meet to re-open.

Oregon's vaccine schedule will next prioritize adults with underlying conditions, seasonal workers, and the homeless

Here's what you can expect to get from the $1.9 trillion House stimulus

Governor Brown extends COVID-19 state of emergency into May

Bearing down on the Sportsmen's and Outdoor Recreation Show

A guide to Kokanee fishing in Oregon