See the frontlines of New York City's emergency medical response to the coronavirus. We speak to an emergency room doctor who shares the experience of working with limited and dwindling supplies, and details the concerns of the city's first medical responders.

'Go There' is a deeper look at the cultural, political and economic challenges affecting our lives. We're going to take you to the center of the story alongside our correspondents across the globe. Episodes premiere weekdays at 8 p.m. ET on Facebook. Check out some of our recent content below.

See ER doctor on the front lines of the coronavirus battle

See the front lines of New York City's emergency medical response to the coronavirus. We speak to an emergency room doctor who shares the experience of working with dwindling supplies and details the concerns of the city's first medical responders.

The number of femicides, the killing of women because of their gender, in Mexico has increased 137% in five years. CNN's Matt Rivers explains why the anger throughout the country has hit a boiling point after two high-profile murders.

High school and college students from across the country gathered at the Young Democratic Socialists of America conference in Chicago to learn how to be better organizers. CNN's Elle Reeve followed a few one weekend in February, speaking with them about Bernie Sanders, democratic socialism, and why it's important to them.

These puppies are training to assist in avalanche rescue

Devastating avalanches are already killing hundreds of people, and climate change could make that even worse. We ride along with the Telluride Ski Patrol in Colorado to see how setting off controlled avalanches can minimize risk -- and how members are training rescue dogs.

How one canner survives in New York City

An estimated 10,000 people collect recyclables in New York. CNN follows one canner named Chicago Crosby through the streets of Brooklyn as she hopes for a bill that would raise the value of returned cans from a nickel to a dime.

Rescued hiker Holly Courtier was dehydrated, hurt and 'praying to be found' in Zion National Park, her sister says 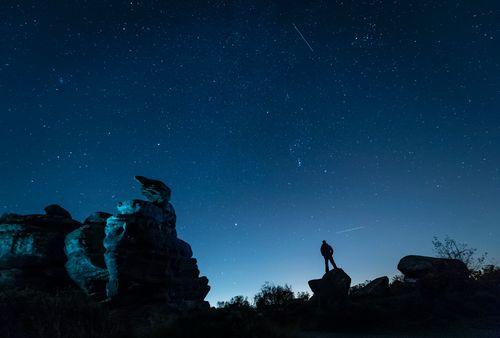 Employment remains flat in Jackson County between August and September