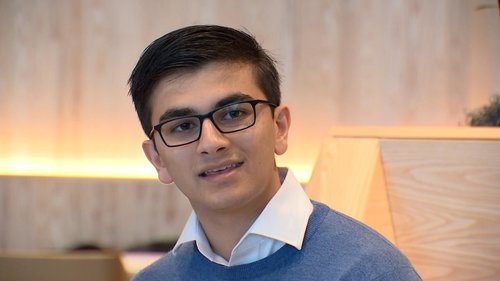 A local teenager who won on 'Jeopardy!' is putting his winnings toward a great cause.

PORTLAND, OR (KPTV) -- A local teenager who won on “Jeopardy!” is putting his winnings toward a great cause.

Avi Gupta appeared on the “Jeopardy!” teen tournament a while back.

After the show was taped, Gupta learned that host Alex Trebek is fighting stage 4 pancreatic cancer.

So, he donated $10,000 of his winnings to OHSU’s Knight Cancer Institute, in honor of Trebek.

And that’s not all. Gupta did some fundraising on his own and multiplied that donation.

“I feel very excited that the campaign succeeded to this level. Beyond excited to share today that we’ve raised over $200,000 for pancreatic cancer, so that’s over 20 times increase over my initial donation,” Gupta said.

The money is going toward pancreatic cancer research at OHSU.

As for Gupta himself, he’s now a freshman at Columbia University, where he plans to study computer science.

70,000 in Southern California to evacuate after blaze grows

Suell hopes The Spring League is a springboard to the pros