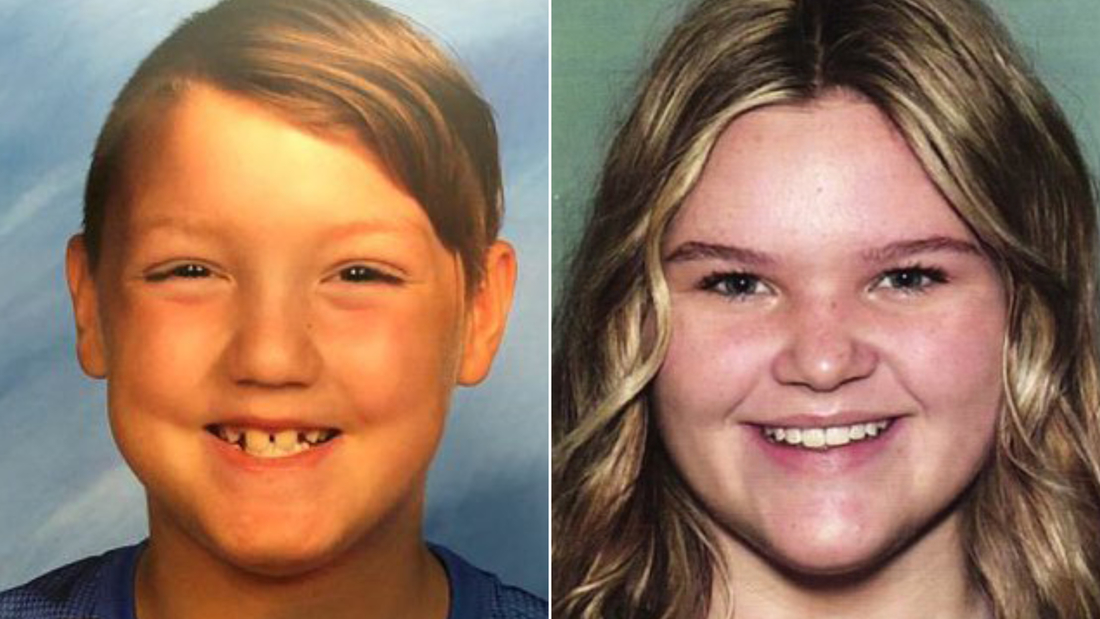 Law enforcement officers have been searching for siblings Joshua "JJ" Vallow, 7, and Tylee Ryan, 17, since November, after learning that they had not been seen or heard from since September. CNN affiliate KSTU reports.

Relatives of two missing Idaho siblings are offering a $20,000 for information leading to their return, even as they urge their mother to reveal what she knows about their whereabouts.

Law enforcement officers have been searching for Joshua 'JJ' Vallow, 7, and Tylee Ryan, 17, since November, after learning that they had not been seen or heard from since September.

JJ's biological grandparents, Kay and Larry Woodcock of Louisiana, held a news conference Tuesday in Idaho to offer the reward, and held up a poster of the children while asking the public for information.

Kay Woodcock made a public plea to the children's mother, Lori Vallow -- whom police say has left Idaho with her new husband and is refusing to work with investigators.

'Please, just let us know where the kids are. It's not difficult. It will end all this, as far as the kids are concerned,' she said.

The disappearances are part of a complex past 12 months for the family -- a time frame in which police have investigated two deaths, one of which authorities say still is under investigation.

What police learned after welfare check

Police determined them to be missing in late November -- four months after Lori Vallow's estranged husband was shot dead in their former home state, Arizona, and shortly after Vallow moved with the children to Idaho and remarried.

Police conducted a welfare check for JJ -- Vallow's adopted son with her late husband -- on November 26 at their home in Rexburg, Idaho, after relatives raised concern about not hearing from him since September.

During the welfare check, both Vallow and her new husband, Chad Daybell, told investigators that the boy was staying with a family friend in Arizona, police said.

But police determined that he wasn't staying with a family friend. When police returned November 27 to execute a search warrant, investigators determined Daybell and Vallow had fled the home, and also didn't appear to have taken JJ with them, according to authorities.

Investigators learned that Tylee hadn't been seen since September, though she'd most recently lived with Vallow and JJ in Rexburg.

Police investigate whether the disappearances are connected to a woman's death

The case is complicated further by the death of Daybell's previous wife, Tammy Daybell, in Idaho in October. Her death initially was believed to be natural, but Rexburg police announced last month that it was suspicious, and her remains were exhumed.

Rexburg police have said they're investigating whether that death and the kids' disappearances are connected.

Investigators don't believe the children are with Lori Vallow, but they think she knows where they are or what happened to them, Rexburg police said.

She has refused to cooperate with police and has left the state with her husband, police said in a statement on December 30.

'We publicly call on Lori Vallow/Daybell and Chad Daybell to do the right thing and come forward with the information they have about the location and welfare of Joshua and Tylee,' the statement said.

An attorney for the family, Sean Bartholick, released a statement to East Idaho News on December 23 saying that while he is in contact with Vallow and her husband, Chad Daybell, he does not have information about the children. CNN has made multiple attempts to reach Bartholick but has not received a response.

Last week, police said they have learned that Daybell and Vallow told witnesses that Tylee had died a year before her father's death, which investigators say is not true. Daybell told another witness that Vallow had no minor children, according to police.

Police said they have not filed charges in the case yet because they are focused on finding JJ and Tylee.

Divorce documents shed some light on the months before the children went missing.

Early last year, Charles Vallow was in the process of divorcing Lori Vallow. They were living in Arizona with the children after marrying in 2006.

According to a petition for dissolution of marriage filed in February, Charles Vallow, had requested sole custody of the child and expressed concern about Lori Vallow's mental state.

Charles Vallow was shot and killed in July, during a fight with Lori Vallow's brother Alex Cox, police in Chandler, Arizona, said.

Details about the motive in the killing weren't immediately available. Cox was not charged in the case and died last month, according to CNN affiliate KIFI/KIDK. The cause of death has not been released.

'Father states that mother's recent decision-making has caused emotional harm to JJ who has special needs and is unable to understand the circumstances or situation happening,' the petition reads.

'Mother has recently become infatuated and at times obsessive about near death experiences and spiritual visions. Mother has told Father that she is sealed (eternally married) to the ancient Book of Mormon prophet Moroni and that she lived numerous lives on numerous planet prior to this current life,' the document says.

Charles Vallow had sought an order of protection against Lori Vallow, the petition said.

In a statement to CNN, Steven M. Ellsworth and F. Taylor Larson, attorneys who handled the divorce case, told CNN that Charles Vallow had a protective order against Lori Vallow because he had a 'genuine fear for his life ... due to Lori's mental state and her delusions.'

Chad Daybell had connections to a website called 'Preparing a People,' a religious content provider that describes itself as 'as series of lecture events focusing on self-reliance and personal preparation,' featuring several Latter-Day Saints speakers.

Publishers of the site, Michael and Nancy James, released a statement December 26 emphasizing that while Daybell, and to a lesser extent Vallow, were featured in the series, neither was an owner or a founder.

Michael and Nancy James said they decided to pull content featuring either Daybell or Vallow in light of Tammy Daybell's death and the disaapperance of the children.

Medford Police debriefs after Monday protest; one arrest and an ongoing investigation

One man's 1978 run from 'Medford to Medford' inspires virtual event