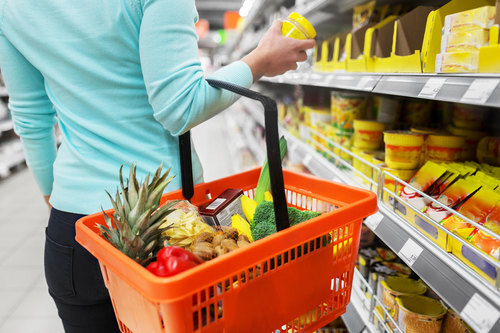 Food labels detailing how much exercise is needed...

Food labels detailing how much exercise is needed to burn off a product's calorie content could help to combat obesity, according to UK researchers.

Physical activity calorie equivalent (PACE) labels could improve on labels that identify only calories and nutrient content, according to a new scientific review.

Under the proposed system, a small bar of chocolate would carry a label informing consumers that it would take 23 minutes of running or 46 minutes of walking to burn off the 230 calories it contains.

The large-scale application of PACE labels could, on average, cut calorie consumption by up to 200 calories per person per day, according to researchers, whose work is published in the Journal of Epidemiology and Community Health.

But concerns have been raised about the potential impact such labeling might have on people with eating disorders.

Amanda Daley, lead researcher from the University of Loughborough, said that PACE labels would present the information in a more accessible way to consumers than the existing calorie and nutrient content labels.

She told CNN that the current labeling system "hasn't made a huge difference to obesity in the UK."

The team looked at data from 14 studies that examined the effectiveness of PACE labeling in reducing calorie consumption.

Daley told CNN that the aim is to add PACE information to existing labels, rather than replace them, in order to provide the public with more information.

Researchers caution that the number of studies included in the review was small, and most took place in controlled environments rather than real-world settings, but still conclude that PACE labeling is worth trying.

A reduction of about 100 calories per day, combined with a sustained increase in physical activity, could reduce obesity rates, according to Daley.

She called PACE a "really simple and really straightforward" strategy, and suggested it could be used on food and drink packaging, supermarket labels and restaurant menus.

However, Nichola Ludlam-Raine, a registered dietitian and spokesperson for the British Dietetic Association, flagged some issues with PACE labels.

Ludlam-Raine said PACE "could be extremely problematic" for those with eating disorders as it suggests that food needs to be "earnt or burnt off."

It also promotes the idea that calories, rather than nutrients, are the main consideration when it comes to food, she added.

"Remember, you cannot out-run a bad diet," said Ludlam-Raine, explaining that exercising doesn't mean you can live off chocolate and fizzy drinks.

Daley acknowledged the concern, but said there was no evidence that PACE labels cause eating disorders, adding: "We're interested in the population as a whole."

The Royal Society for Public Health (RSPH), an organization of health care professionals in the UK, is also an advocate of the labels.

Duncan Stephenson, deputy chief executive at the RSPH, who welcomed the research, said that "small changes" like PACE labeling can "make a big overall difference to calorie consumption, and ultimately weight gain."

Cutting 300 calories led to lower blood pressure and levels of bad (LDL) cholesterol, as well as a 24% drop in concentrations of triglycerides, a type of fat in the blood, for participants in a study published in July.