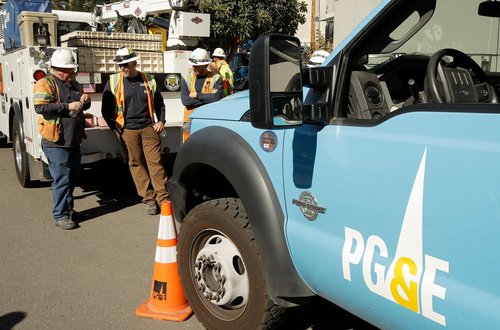 California utility Pacific Gas & Electric is restoring power to tens of thousands of people who have had their electricity cut off since Wednesday.The...

California utility Pacific Gas & Electric is restoring power to tens of thousands of people who have had their electricity cut off since Wednesday.

The state's largest utility said Thursday that crews had already restored power to more than half of the nearly 50,000 customers in northern California that were impacted by the intentional shut off.

The shut-off, which started Wednesday, was intended to prevent the utility's equipment from setting off fires. PG&E expected high winds and dry conditions as a storm approached the state. When wind conditions improved early Thursday morning, the utility issued a weather "all clear," leading crews to start inspections and restoration work.

The utility said it expects all customers to have power by Thursday night.

This week's outage was the latest in a series of power shutoffs that have been heavily criticized by residents.

PG&E has been criticized in recent years for the role its equipment was found to have played in a series of catastrophic fires across the state, including the 2018 Camp Fire, the deadliest in state history.

The Camp Fire killed 85 people and destroyed thousands of structures was started by electrical lines owned by PG&E. The company filed for bankruptcy in January as it came under pressure from billions of dollars in claims tied to deadly wildfires.

To avoid being blamed for another wildfire, the utility has been conducting what it calls Public Safety Power Shutoffs, intentionally cutting electricity to avoid causing fires during high winds and dry conditions.

Gov. Gavin Newsom has said the state could take over the utility if it does not pull itself out of bankruptcy by the middle of next year.

"PG&E as we know it may or may not be able to figure this out. If they cannot, we are not going to sit around and be passive," Newsom said. "If Pacific Gas and Electric is unable to secure its own fate and future ... then the state will prepare itself as backup for a scenario where we do that job for them."