On impeachment strategy, Pelosi gets an A, Trump an F 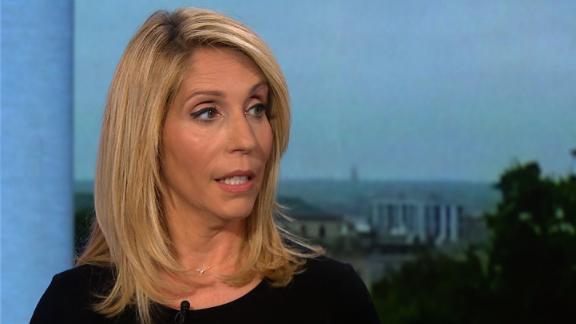 CNN's Dana Bash reports that House Speaker Nancy Pelosi voted on the resolution formalizing the impeachment inquiry into President Donald Trump and explains the significance of that act.

Thursday's House vote to formally back the Democrats' impeachment plan lays out a process that will likely lead to the impeachment of President Donald Trump. The vote also offers all of us a chance to examine how we got here and assess the strategy employed by the leader of the Democrats, Speaker Nancy Pelosi. It also is a good time to assess the Republicans in Congress and the President.

Pelosi's resolution offers the Republicans some real say in how the investigations will proceed from here, but only if they can convince the White House to abandon their stonewalling strategy. The Democrats have cleverly made due process a two-way street -- you only get it if you are a part of the investigative process.

Pelosi's strategy here illustrates one of the core maxims of her leadership -- never get ahead of your caucus. Despite strong criticism from rank and file Democrats who spend the day tweeting and falling out of line with many of the party's presidential candidates, Pelosi waited until the caucus was ready to move on impeachment. Remember, Pelosi is only House speaker because some 40 moderate Democrats beat Republicans in swing and Trump districts in 2018. She only set the formal impeachment process in motion once those members were comfortable with moving forward.

The second principle of Pelosi's management, as Vox's Ezra Klein reminded us this week, is you don't take a vote until you have the votes and once you have the votes you take the vote immediately. Pelosi's reluctance to put this to a vote on the floor was grounded in that principle -- knowing her caucus needed more of the story to be told about the abuse of power in the White House before they were ready to take the next step.

But it's not all about the votes. The speaker has taken a number of affirmative steps to control the narrative around all of these issues. The first was to start the investigative process by privately deposing key players. The focus for much of the last few weeks has been on the testimony, what it's revealed about the President and his team and how each day is another building block in the case against Trump. By going behind closed doors, the Democrats have avoided the circus-like atmosphere of previous public hearings.

Pelosi also moved boldly to put Adam Schiff in charge of the investigative efforts, both the public and private portions, on Ukraine. While it ruffled feathers on the Judiciary Committee and Schiff is a lightning rod for GOP criticism, he is the most gifted public prosecutor the Democrats have. Leading with your best on something this important should always trump congressional tradition.

The third, and potentially most important element to Pelosi's approach, is breaking from another congressional tradition of allowing the members to take the lead in questioning witnesses in open hearings in five-minute increments. This tradition hinders creating any kind of investigative narrative and favors those whose intention is to disrupt the hearing. By having staff counsel lead the questioning, Democrats have a very good chance of methodically telling the story of why the President should be impeached.

Pelosi has also been adept at anticipating the opposition's arguments and using the investigative process to rebut them. Remember, the Republicans first argued that the whistleblower was completely dependent on hearsay or second-hand evidence. The Committee quickly produced evidence from the people involved with the policy, or direct evidence. Then the Republicans said this was all the work of partisans. Enter witnesses who work for the President all of whom have no partisan background. The Republicans then railed against the closed-door nature of the proceedings and the fact that no vote had been taken on the floor of the House. Thursday's vote neatly answers both of those criticisms.

Pelosi's only failure to date is trying to make this a bipartisan effort, which Thursday's vote clearly shows it's not. But it's not really the speaker's job to convince Republicans to hold their party's President accountable. That's the job of the public -- and the Democrats have been giving the public plenty of information to give them pause.

Now to the Republicans. Congressional leaders have done a reasonable job of distracting and changing the subject. It reminds me a bit of the old rodeo clowns whose job it was to distract the bull while the cowboy rushed to safety. Through a series of stunts and public statements, congressional Republicans have given their base enough to hold onto by making it about fairness, not facts. The shifting nature of the defense eventually will degrade the power of the message, but holding their caucus together is a testament to their commitment to the strategy. They will eventually need to deal with the underlying facts in the case, but they have every reason to delay that as long as possible.

Their party's biggest failures so far have been the President and the White House. The White House does not appear to have a strategy at all. The President has tweeted his way through the last few weeks looking desperate and angry, flitting from one defense to another. His chief of staff confessed to, and later tried to reverse course on, the underlying charges in the briefing room on live television. His staff has paraded up to the Hill to in essence undermine his core arguments. And finally, the President has undercut his congressional allies at nearly every turn.

So, if we have reached the end of the first phase of the impeachment, this is the time to give out first term's grades. Democrats and Pelosi get an A. The caucus is together, and they are controlling the main narrative. Republicans in Congress get a B-minus. They've made strong arguments on fairness and partisanship but are undercut by refusing to deal with the underlying facts and the charges of hypocrisy from shifting their standards completely from the impeachment of Bill Clinton.

As for the White House and the President, they get an F. The President is undisciplined and self-indulgent and is connecting with only his hardcore base. His staff is undercutting him in the briefing room and behind closed doors on the Hill. The lack of any real communications and political infrastructure, what the media refers to as a 'war room,' leaves them vulnerable to new information from the investigative committees or the whim of their boss the President.

With the grades in and the resolution passed along party lines, it's time to move on to the next phase.