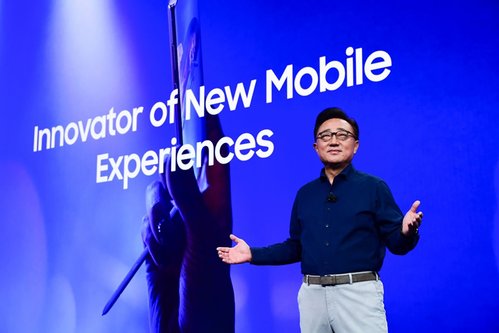 Samsung's first shot at a foldable phone is off to a bumpy start, but it appears the company has more plans for the concept in the pipeline.The compan...

Samsung's first shot at a foldable phone is off to a bumpy start, but it appears the company has more plans for the concept in the pipeline.

The company teased at its annual Samsung Developer Conference on Tuesday a mobile device with a "clamshell" form factor. In a video showed on stage, the Galaxy Fold smartphone transforms from a flip phone that opens vertically to one that expands horizontally.

Samsung didn't provide too many details on the concept, but a Samsung spokesperson confirmed it is "working on advancing new foldable form factors and bringing a new foldable device to market."

In late September, the Samsung Galaxy Fold, which folds like a book, finally hit stores following several months of delays.

In April, several reporters given early access to the $2000 device discovered defective hinges and that their screens broke after removing the Fold's protective film. Samsung responded by delaying the original launch of the device.

Incremental smartphone changes have failed in recent years to generate consumer excitement, leading to stalled sales and people holding onto their phones longer. Some tech manufacturers, such as Samsung and Huawei, have developed high-end mobile devices that promise more space to watch videos or do work, yet still fit in a pocket.

But taking a folding screen from concept to a working device has proven to be a monumental engineering challenge.

At the conference, Samsung also announced One UI 2, an update to its Android interface that includes a dark mode in more apps and better accessibility for one-handed use.