California gets ready for power outages as the strong winds, dry conditions expected this week 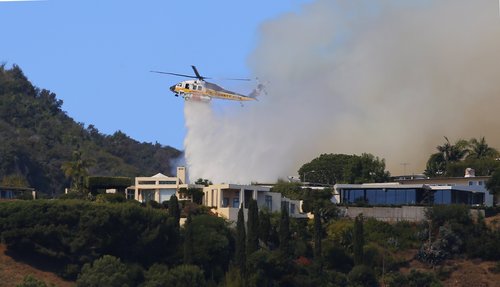 Just as firefighters got a grip on a blaze that tore through...

Just as firefighters got a grip on a blaze that tore through the swanky Pacific Palisades, other Californians are at risk of unpredictable wildfires this week.

About 184,000 customers could have their power shut off this week to lessen the risk, Pacific Gas & Electric officials said Tuesday evening.

"We understand the hardship created by these cutoffs, and there are safety risks on both sides, but again we've seen the impact of wildfires, both over the years and recently in Southern California, and we're determined not to let that happen," PG&E CEO Bill Johnson told reporters.

The company began Monday notifying customers by texts, emails and automated phone calls they could have their power shut off, and did so again Tuesday.

"We will continue to monitor the forecasted wind event and update our customers and communities accordingly," Quinlan said.

A combination of gusty winds, dry grass and dead and dying trees are fueling the fire risk, and therefore the need for possible power shutoffs, PG&E said.

Based on the forecast and wind speeds, PG&E officials said they expect this wind event to be weaker than the last event. Nearly 800,000 customers were without power earlier this month when the utility company called for a Public Safety Power Shutoff to prevent wildfires due to dry and windy weather conditions.

"I'm thinking about it. I'm considering his request," Johnson said. "We're not rejecting it, but we have more immediate things to say."

Newsom last week urged PG&E to give credits or rebates of $100 to each residential customer and $250 to small businesses to compensate them for the power shutoffs.

The Little Mountain wildfire that was burning in San Bernardino County has damaged at least six homes and injured at least one firefighter, the county fire district said.

Another two homes were declared uninhabitable.

There were six other fires in the state, according to the California Department of Forestry and Fire Protection.

No, the border between Oregon and California isn't closed

Health Alert: Snacking while in Quarantine