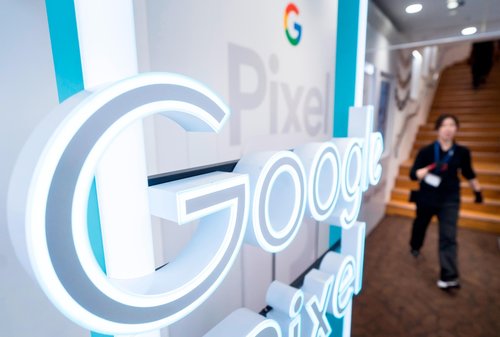 Google's latest smartphone responds to more than just touch and audio commands.The company unveiled its next-generation smartphone, the Pixel 4, at a...

The company unveiled its next-generation smartphone, the Pixel 4, at a big product launch event in New York on Tuesday. The device, which comes in standard and XL sizes, features a Soli radar chip to enable more secure, faster facial recognition and gesture controls. With the new phone, for example, you can wave to an image of Pikachu and have it wave back.

The Pixel 4 also trades in its one rear camera for two -- a move in line with most smartphones on the market but still one short of the iPhone 11 Pro's three rear-camera offering. The cameras are tucked into a square-like fixture on the top left of the device, closely resembling Apple's new camera structure. And it features a new auto-transcribing app that uses artificial intelligence to translate audio into text in near real-time.

Details about the new smartphone didn't come as a big surprise: Gadget blogs and even Google itself have teased so many photos and videos and details about the Pixel 4 that one prominent tech publication called it 'the most-leaked phone ever.' The company has been working overtime to generate buzz for its Pixel line, which holds less than 1% of the global smartphone market, according to IDC's worldwide quarterly mobile phone tracker. Even so, itt has generated a cult-like following over the years.

Perhaps the biggest news is simply the smartphone's wide availability. The Pixel 4 will be available on every major carrier. It was previously only available on Verizon.

Google used its press event on Tuesday to double down on its hardware ambitions and tease its vision for products that touch seemingly every corner of consumers' lives.

The company showed off an update to its Chrome laptop line. The Pixelbook Go features a 15% larger battery to give a longer-lasting charge without changing the light and thin form factor. The device, which runs on Google's Chrome OS, features a new keyboard and a rippled bottom to make it easier to grip. It comes in only matte black and starts at $649.

Google also teased new Pixel Buds, its answer to Apple's AirPods, boasting five hours on a single charge and 24 hours via a wireless charging case. The earbuds, which sit in the ear canal, come in an assortment of colors. The Pixel Buds will cost $179 when they launch next spring.

The company also introduced the new Nest Mini. In May, it announced that the Google Home and Nest teams were uniting under one smart home brand, Nest. Now the Google Home Mini speaker has been reengineered and renamed to the Nest Mini, a powerful hockey-puck-sized device that looks nearly identical to last year's model.

The new Nest Mini ($49) packs more advanced internals, including a base that's twice as strong as the original, a built-in wall mount, the ability to better hear your voice in noisy environments and stream transfers from room to room. The speaker comes with a machine-learning chip to better anticipate user commands and a revamped built-in Google Assistant. Along with a handful of new colorful fabric linings, the top is made of 100% recycled plastic bottles

Hotel and vacation rentals in Brookings under strict guidelines