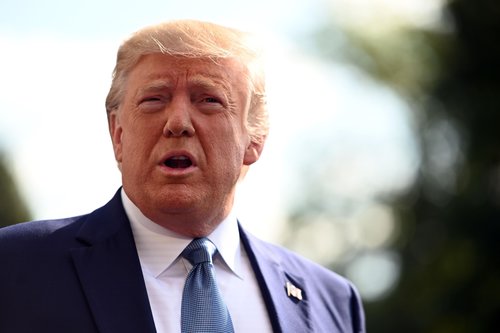 The Trump administration is expected to soon announce that it plans to exit the "Open Skies" treaty, a US official tells CNN, a move that has already drawn c...

The Trump administration is expected to soon announce that it plans to exit the 'Open Skies' treaty, a US official tells CNN, a move that has already drawn condemnation from Democrats in Congress.

The decision to leave the treaty -- which was signed in 1992 and went into effect in 2002 and allows 34 member states to conduct unarmed surveillance flights over one another's territories -- could affect the American military's ability to conduct aerial surveillance of Russia and other member countries. The treaty is used to help verify arms control agreements, according to the US Defense Threat Reduction Agency, part of the Defense Department.

According to the State Department, the treaty 'is designed to enhance mutual understanding and confidence by giving all participants, regardless of size, a direct role in gathering information through aerial imaging on military forces and activities of concern to them.'

This would be the latest major international treaty the administration has abandoned. In August the US formally withdrew from the Intermediate-Range Nuclear Forces Treaty with Russia, ending a landmark arms control pact that has limited the development of ground-based missiles with a range of 500 to 5,500 kilometers.

Analysts fear the developments are likely to prompt a new and dangerous arms race with Moscow and CNN has reported the US military is set to test a new non-nuclear mobile-launched cruise missile developed specifically to challenge Russia in Europe.

In a statement, a State Department spokesperson said they were aware of Democratic lawmakers' letters regarding the treaty.

'We do not comment on Congressional correspondence. We continue to implement the treaty and are in full compliance with our obligations under this Treaty, unlike Russia,' the spokesperson said.

The White House and Pentagon have not responded to CNN's requests for comment on the matter.

Democrats have been quick to criticize the impending announcement.

'Pulling out of the Open Skies Treaty, an important multilateral arms control agreement, would be yet another gift from the Trump Administration to (Russian President Vladimir) Putin,' the top Democrats on the House Foreign Affairs, House Armed Services, Senate Armed Services and Senate Foreign Relations committees wrote in a letter to Secretary of Defense Mark Esper and Secretary of State Mike Pompeo.

'Not only is there no case for withdrawal on the grounds of national security, there has been no consultation with the Congress or with our allies about this consequential decision. Any action by this administration to withdraw from critical international treaties without the approval of the Senate is deeply concerning,' wrote Sen. Bob Menendez of New Jersey, Sen. Jack Reed of Rhode Island, Rep. Eliot Engel of New York and Rep. Adam Smith of Washington state.

The Russian Embassy in Washington wrote a tweet Tuesday expressing support for the treaty, saying: 'We consider the #OpenSkiesTreaty to be an important instrument in ensuring European security on the same level as the 2011 Vienna document on confidence- and security-building measures.'

In 2017, an unarmed Russian Air Force aircraft flew over the US Capitol, the Pentagon, the Central Intelligence Agency and Joint Base Andrews at a low altitude as part of the treaty.

The US has in the past accused Moscow of imposing restrictions on flights near its exclave of Kaliningrad, an area between Poland and Lithuania where the Russian military maintains a robust presence.