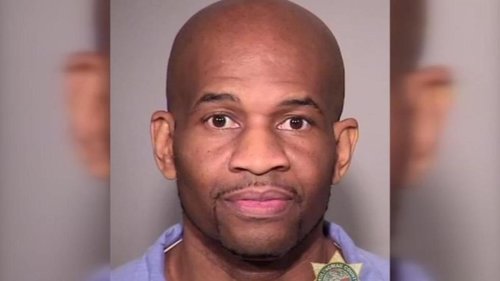 Portland, OR (KPTV) -- He was convicted on 23 charges related to human sex trafficking in Multnomah County, and Friday, Anthony Curry was sentenced to life in prison without parole.

Curry was sentenced under an Oregon three-strikes law for certain sex offenders. He’ll also have to register as a sex offender for life.

The prosecutor spoke strong words in court Friday, saying Curry is a smart, sophisticated, adaptable predator who has evolved over the years to become even more dangerous.

Curry’s case dates back to July 2014, when prosecutors say Curry drove by a 15-year-old girl who was waiting for a TriMet bus in Portland and convinced her to get in the car with him. Curry is accused of taking the girl back to his house and grooming her for sex trafficking.

According to prosecutors, Curry took graphic photos of the victim and posted them online in an effort to sell her for sex. They say he also got her a fake ID so she could start stripping at local clubs. Prosecutors at trial said Curry would pick her up “with his hand out waiting for that money”.

According to the Multnomah County District Attorney's Office, law enforcement Sept. 9, 2014 executed a search warrant at Curry’s residence, where they located a heavily-highlighted and studied book titled, "The Art of Seduction.”

The book included detailed information on how to manipulate and control individuals and explained how to locate potential individuals who can be highly influenced, the attorney's office says.

In January, Curry was convicted on 23 counts related to human sex trafficking in the case. The victim did not appear in court Friday, but lawyers read a statement she wrote, followed by a statement from Curry apologizing to her and her family.

“Anthony Curry is a very bad person with a sick mind and evil intentions, the victim’s statement said. “He is a predator in every sense of the word. I survived through luck and with the help of people who finally spoke up about what they saw happening to me, but the next 14- or 15-year-old girl may not be so lucky.”

With a worsening pandemic, California bans singing in places of worship

A death row inmate who was found dead had coronavirus. Nearly half the cases in California prisons are in the same facility

Native tribal leaders are calling for the removal of Mount Rushmore

Economic impact of the coronavirus pandemic

McKenzie and Collier Burnett and parents