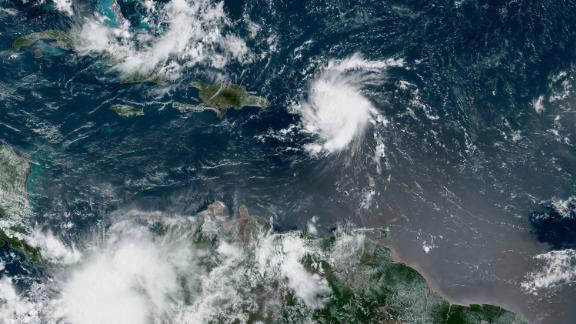 The forecast for Dorian calls for continued strengthening over the next few days, now potentially becoming a Category 3 hurricane on Sunday.

Tropical storm Dorian is expected to hit Puerto Rico and strengthen into a full-blown hurricane this weekend before heading for the Florida coast. We don't know yet what will happen or what kind of shape Dorian will be in as it approaches the mainland US, but its timing coincides with another Labor Day storm that rocked south Florida in 1935.

Simply known as the Labor Day Storm, the 1935 hurricane was the strongest Atlantic hurricane to ever make landfall and the first designated Category 5 hurricane to ever touch the United States. The storm hit the Florida Keys on September 2 with peak winds of 200 mph.

The Keys were already in the process of rebuilding in the aftermath of the Great Depression, and the storm devastated its weakened infrastructure. Miles of buildings up and down the archipelago were leveled, including the entire town of Islamorada. More than 408 people perished as a result of the storm, many of them World War I vets who had been hired to build bridges and roads in the effort to revive the area.

Now, none of this is intended to scare anyone who may be in Dorian's path. These are different storms from different eras that happen to share a predicted landfall time. Dorian is expected to strengthen to at least a Category 1 storm over Labor Day weekend and could possibly reach Category 3 strength before all is said and done.

But things are different now than they were in 1935. For one, the area's infrastructure is much stronger and better suited to resist hurricane damage. Also, our storm detection technology has vastly improved. One of the reasons the 1935 hurricane was so destructive was because satellite and mapping technology was virtually non-existent and methods of getting warnings out were inconsistent.

This, of course, underscores the most important way to prevent hurricane damage and deaths: Evacuate when you're told to. Don't let all those years of technological advancements and the lessons of countless deadly storms go unheeded.