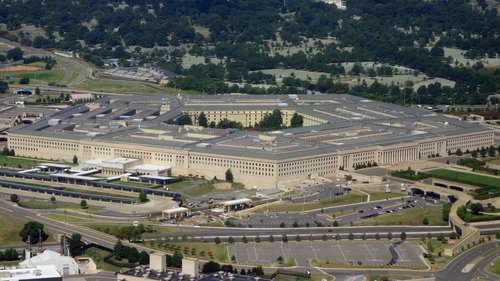 The US military is taking the rare step of sending home an elite tea...

The US military is taking the rare step of sending home an elite team of Navy SEALs from Iraq due to "a perceived deterioration of good order and discipline" that caused a military commander to lose "confidence in the team's ability to accomplish the mission."

"The commander of the Special Operations Joint Task Force Operation Inherent Resolve (in Iraq) ordered the early redeployment of a SEAL Team platoon to San Diego due to a perceived deterioration of good order and discipline within the team during non-operational periods," US Special Operations Command said in a statement Wednesday.

"The Commander lost confidence in the team's ability to accomplish the mission," the statement added.

A US Defense Department official familiar with the situation told CNN that the unusual step of sending the team home was due to allegations regarding the consumption of alcohol during their downtime, which is a violation of general orders issued to troops participating in overseas campaigns.

A fact-finding investigation has been initiated.

US Special Operations Forces in Iraq have been helping to combat the remnants of ISIS, which continues to operate in the area despite the terror group's loss of territory.

Special Operations Command said that "commanders have worked to mitigate the operational impact" of sending the SEAL platoon home.

"Naval Special Warfare insists on a culture where ethical adherence is equally important as tactical proficiency. Good order and discipline is critical to the mission -- the loss of confidence outweighed potential," she added.

US Special Operations Command said, "All Department of Defense personnel are expected to uphold proven standards and to comply with laws and regulations. Alleged violations are thoroughly investigated."

The news comes amid other allegations of misbehavior against Navy SEALs and other Special Operations Forces personnel.

Asked about the apparent increase in instances of misbehavior, Special Operations Command's senior enlisted adviser told reporters that the command had conducted a congressionally mandated review.

"Do we have an issue? No, we have challenges, we have fraying, but are these things systemic? No, after a hard look," US Air Force Chief Master Sgt. Gregory Smith told reporters at the Pentagon on Wednesday.

"Is there room for improvement? Is any one ethical breach too much? Yes," Smith added.