The 1,000th California condor has hatched in a victory for the species that nearly went extinct 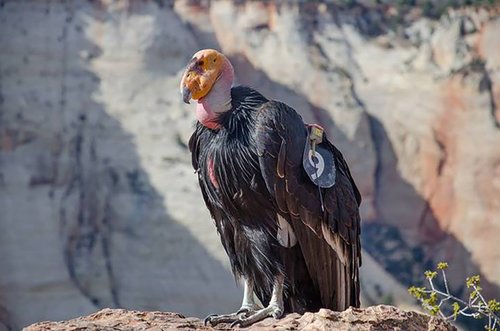 The California condor once tip-toed dangerously...

The California condor once tip-toed dangerously close to extinction, with only 22 left in the wild in 1982.

Now, the rebounding species is marking a millenary milestone.

In a victory for conservation, wildlife officials recently announced that the 1,000th California condor chick has hatched more than 30 years after efforts began to recover the critically endangered species.

The chick hatched in May at Zion National Park in southwest Utah, park officials said earlier in July.

The 1,000th chick's mother previously hatched two chicks, officials said, but researchers are watching closely to see if this will be her first to fledge, or successfully leave the nest.

Condor recovery began in captivity, with a breeding program at the San Diego Zoo in the 1982. The success of those efforts allowed the birds to be reintroduced to the California wild 10 years later, officials said.

Now, researchers have tagged more than 500 of them, with more than half thriving in the wild, officials said.

The scavenger bird is still threatened

Despite considerable progress in recovery, the California condor is still considered critically endangered by the International Union for Conservation of Nature, with its population is concentrated to small pockets in California, Arizona and Utah instead of its original, sprawling range.

The condor's primary threat is lead poisoning, ingested when the scavengers eat animal remains after they've been shot. Fragments of lead bullets travel throughout dead animals' bodies, depositing lead levels high enough to kill a human, according to the National Park Service.

Condors feed solely on animal carcasses, often in groups, which dramatically heightens their risk for lead poisoning. Almost every condor has undergone a life-saving treatment to remove the metal from their system by the time they're 7 years old, the agency said.

It's a gross but good thing condors find decaying animals delicious. They get rid of carcasses before they can poison the environment, effectively preventing the spread of disease within their ecosystem, the San Diego Zoo said.

Bowling for a title

Jackson County comes out in opposition to cap-and-trade bill

Pet of the Week: Chase