There's an effective, environmentally friendly option for people with periods, and few know about it, research says 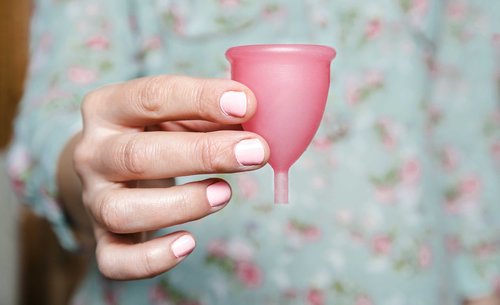 They have been around since the 1930s, and still, many who menstruate are unaware of the alternative to pads and tampons: the menstrual cup.They're sa...

They have been around since the 1930s, and still, many who menstruate are unaware of the alternative to pads and tampons: the menstrual cup.

They're safe and effective, and can save money and reduce waste and water usage, according to a study published Tuesday in the medical journal The Lancet Public Health, but they aren't well known among women.

"In any impoverished set of circumstances be it in Liverpool, or London, or anywhere in low-middle-income countries, people really struggle -- women and girls really struggle to be able to manage their menstruation," and menstrual cups can be a part of the solution, said Penelope Phillips-Howard, senior author of the study, which analyzed 43 international papers.

Menstrual cups "are incredibly, you know, good and useful and a product that has been under-recognized and under-valued," Phillips-Howard, a professor of public health epidemiology at the Liverpool School of Tropical Medicine, told CNN. "But beyond that is the bigger picture which is menstrual health, or menstrual hygiene -- it has been so neglected internationally."

Menstruation is part of life for 1.9 billion girls and women across the globe. When women can't afford adequate menstrual products, something referred to as period poverty, they suffer serious consequences, like missing out on school.

If women resort to using poor quality sanitary products, it can increase their risk of infections, says the study. Girls in low-middle-income countries report using materials like cloths, cotton wool, tissue paper or disposable pads to manage their periods, the study said.

Menstrual cups are inserted into the vagina when a woman is menstruating, but fluid is collected in a cup, rather than absorbed. Cups should usually be emptied every six hours but can last longer, said Phillips-Howard.

When it comes to leakage, the report found that menstrual cups are just as effective as more commonly used products, such as pads and tampons. Specifically, four studies that included 293 participants determined that leakage was similar among these three products, with one of the studies reporting significantly less leakage among menstrual cup users when compared to tampon users.

However, women reported needing several menstrual cycles to familiarize themselves with the menstrual cup, according to the study.

The analysis also found that in 13 cases, taking out a menstrual cup was linked with an intrauterine device becoming dislodged. The authors say more research is needed into using an IUD alongside a menstrual cup.

Because of the limited number of reports on menstrual cup usage, other potential issues could have been missed, according to the authors.

The paper, partially funded by the UK government, includes results from 43 international studies, that span over 3,300 participants from low-, middle-, and high-income countries. However, some of the studies included in the analysis were ranked as low quality and some had not been peer-reviewed.

Awareness around menstrual cups as an option is low, the authors found. Three studies from high-income countries showed that between 11% and 33% of women knew of the product. The study found that less than half -- 30% -- of 69 international websites with educational materials about puberty mentioned the menstrual cup.

"For consumers purchasing menstrual products, the results highlight that menstrual cups are a safe and cost-effective option," Julie Hennegan, a research associate from the Johns Hopkins Bloomberg School of Public Health, wrote in a commentary published alongside the research.

"Crucially," wrote Hennegan, who was not involved in the study, "their findings indicate that menstrual education resources are not providing a comprehensive overview of products to support informed choices."

Researchers found 199 menstrual cup brands available in 99 countries, with prices ranging from less than $1 to more than $46, according to the study.

Menstrual cups can last up to a decade because they are made of medical-grade silicone, rubber or latex.

Women can also reduce plastic waste by using a menstrual cup. One cup produces an estimated 0.4% of the plastic waste that single-use pads build up, or 6% of that created by tampons in the span of 10 years, according to calculations in the review. Researchers noted their estimates had some limitations, and didn't take production costs into account.

Water can also be saved. A menstrual cup "hardly needs any water, so it's very good in arid areas," said Camilla Wirseen, CEO of the nonprofit The Cup Foundation, which provides menstrual cups and education to girls in parts of Africa.

Since it was founded in 2015, the California-based nonprofit has reached about 15,000 girls ages of 11 and 16 in Kenya, according to its website.

While working on another project in a slum in Nairobi, Kenya, in 2012, Wirseen told CNN she learned girls were having sex in order to access pads. She said the experience inspired her to start The Cup Foundation.

A 2015 study conducted in rural western Kenya by Phillips-Howard showed that 1 in 10 girls who were 15 years old or younger engaged in sex for money to buy pads. This figure is probably an under-estimation, said Phillips-Howard, who has been on the board of directors for The Cup Foundation since 2017.

For Wirseen, this meant that girls need a solution -- one that's immediate and durable. The menstrual cup "saves money, it's good for the environment, there's no waste." Women can also run and swim when using one, Wirseen said.

"It's a fantastic solution," said Wirseen.

But not one without challenges. "It's a bit scary to start using it, it requires behavioral change," she explained.

In countries where cloths or pads are typically used during menstruation, insertion -- something tampon users are familiar with -- "is not a common thing," said Wirseen. That's why her group spends time educating girls and their communities about the safety and usage of menstrual cups. Lessons also touch on sexual health and human rights, and misconceptions about women's bodies and sex.

"The only way to break a taboo is to talk about it, and the menstrual cup is an actually very good way of starting that discussion," Wirseen said.

Medford Police debriefs after Monday protest; one arrest and an ongoing investigation

One man's 1978 run from 'Medford to Medford' inspires virtual event