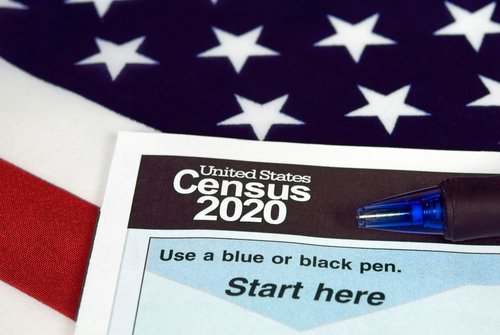 A federal judge in New York said on Tuesday that the...

A federal judge in New York said on Tuesday that the Justice Department cannot swap out its legal team in the census citizenship question case, yet another twist in a case tossed into tumult by a Supreme Court decision last month.

"As this Court observed many months ago, this case has been litigated on the premise -- based 'in no small part' on Defendants' own 'insist(ence)' -- that the speedy resolution of Plaintiffs' claims is a matter of great private and public importance."

President Donald Trump threw the issue into fresh confusion last week when he announced that he would continue his push to add a question to the decennial survey about citizenship status despite a Supreme Court ruling in late June blocking the move.

Civil rights groups argue that including it will scare off legal immigrants as well as undocumented migrants, leading to an inaccurate population count. The census is used to set legislative districts -- for both Congress and state legislatures -- as well as allocate funding for social assistance and other government programs.

The government had said the issue needed to be resolved by July 1 in order to begin printing the questionnaires on time and officials said last week they would proceed with the printing, despite Trump's continuing efforts to get the citizenship question added.

Trump is still considering an executive order in an effort to force a citizenship question onto the 2020 census, according to officials familiar with the situation.

Attorney General Bill Barr said Monday the administration would decide in the "next day or two" on which option to take on the census.

"We've been considering all the options," he told reporters in South Carolina, adding he's been in "constant discussions with the President" over the past week.

"Over the next day or two you'll see what approach we're taking," Barr said. Going with an executive order, he argued, "does provide a pathway for getting a question on the census."

Trump tweeted earlier Tuesday about the "strained" ruling, saying it "shows how incredibly important our 2020 Election is."

"I have long heard that the appointment of Supreme Court Justices is a President's most important decision. SO TRUE!" he tweeted.

There are two other active challenges over the 2020 census and its inclusion of a citizenship question before other federal judges. One of the cases, in California, has a hearing scheduled for Wednesday. In the other, in Maryland, plaintiffs are allowed to collect new evidence on whether the administration intended to discriminate by adding the question.