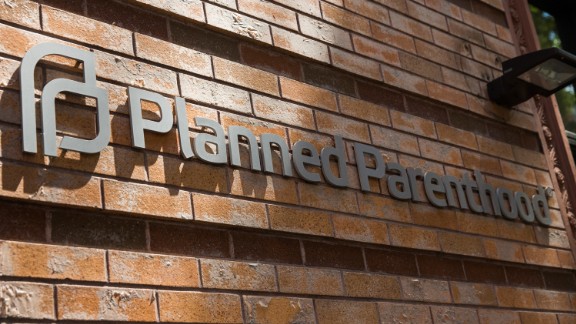 CNN's Elizabeth Cohen looks at the history of Planned Parenthood, and the controversy surrounding the organization's funding for abortions.

The majority-female Nevada Assembly passed a bill Tuesday that would rewrite existing state laws to no longer require doctors to tell women about the "emotional implications" of an abortion.

Under the bill, physicians would no longer have to certify in writing a pregnant woman's marital status, age and written consent before performing an abortion. A doctor would have to explain the procedure and proper post-operation care and the risks associated with the procedure.

The measure comes as several other Republican states have taken record measures to curtail abortion rights and would represent a win for abortion-rights activists at the state level. Anti-abortion measures at the state level have galvanized abortion-rights supporters in recent weeks as states such as Alabama, Georgia, Louisiana and Missouri have passed legislation restricting access to abortion in an attempt to force the Supreme Court to hear cases that could overturn the landmark Roe v. Wade decision that legalized abortion nationwide.

The measure in Nevada would also repeal some criminalized activities related to abortion, such as selling miscarriage-inducing drugs and advising women on pursuing abortions and self-inducing miscarriages, which are both felonies that could draw a fine of up to $10,000 and 10 years in prison.

The assembly voted 27-13 in favor of the bill Tuesday, with abortion-rights activists rallying in support of the measure in front of the legislature that morning. The bill now goes back to the Senate, which passed it 12-9 last month, for a final vote on an amendment before going to Democratic Gov. Steve Sisolak's desk. If signed into law, it would go into effect on July 1.

CNN has reached out to Sisolak's office for comment.

The bill's passage comes about a week after Alabama ushered in a controversial abortion law that could punish doctors who perform abortions with life in prison. The state Senate's all-male Republican contingent passed the measure and Republican Gov. Kay Ivey signed it a day later.

A Georgia law passed earlier this month would ban abortions if a fetal heartbeat is detected -- which can be as early as six weeks, when many women do not yet know they are pregnant.

Nevada State Sen. Yvanna Cancela, who sponsored the bill in her state, called its passage in the House a "BFD," or "big freaking deal."

"BFD! Proud to be a Nevadan everyday, but especially today. Pretty incredible," she tweeted.

"While some states across the country are passing restrictive abortion bans, Nevada is standing up to the dangerous anti-choice agenda. #StopTheBans," she tweeted.

No, the border between Oregon and California isn't closed

Health Alert: Snacking while in Quarantine