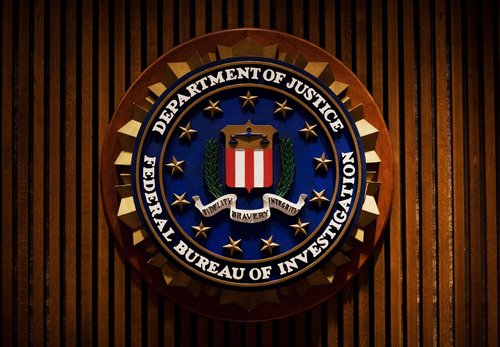 The FBI has 850 open domestic terrorism investigations, 40% of which are cases of racially motivated violent extremism, Assistant Director for Counterterrori...

Testifying before the House Homeland Security Committee, McGarrity said a "significant majority" of those racially motivated cases involved white supremacist extremists, and he called the threat posed by domestic terrorists in the US "persistent and evolving."

The hearing, which focused on the domestic terror threat in the country and also featured senior officials from the Departments of Justice and Homeland Security, came just days after two separate back-to-back attacks in California, as well as a foiled plot in that state, which all appear to have been religiously motivated.

The numbers around the domestic terror threat in the US, and whether they are trending upward, have been scrutinized in recent weeks in light of the attacks, and as political rivals of President Donald Trump have seized on his attitude toward the subject and white nationalism.

Speaking to reporters after the deadly mosque shootings in Christchurch, New Zealand, in March, Trump said he did not regard white nationalism as a rising global threat, adding, "I think it's a small group of people that have very, very serious problems, I guess."

"Unfortunately, President Trump has tried to play both sides with domestic terrorism," said Rep. Bennie Thompson, the Mississippi Democrat who leads the committee, referencing Trump's reaction to a white nationalist rally in Charlottesville, Virginia, in 2017 that left one counterprotester dead. "His unwillingness to denounce and distance himself from these extremists has been taken by many as tacit support."

While the number of open cases of domestic terrorism cases investigated by the FBI has fluctuated in recent months -- actually decreasing from the number six months ago -- McGarrity noted that the pace of new cases has increased.

"Cases are a point in time. We can literally open and close cases every day, so it's two data points," McGarrity said. "What I can tell you of what we're seeing is the velocity in which our subjects and the velocity in which we're working our cases -- both on the domestic terrorism side and the international terrorism side with homegrown violent extremists -- that velocity is much quicker than it's ever been before."

Of the 850 domestic terrorism cases open at the FBI, about half are into anti-government and anti-authority extremists, McGarrity said.

In 2018, domestic terrorists conducted six lethal attacks in the US, killing 17 people. That was an increase from 2017, which saw five lethal attacks and eight people killed, according to McGarrity.

Congressmen on both sides of the aisle singled out the role that social media companies have had in fueling hatred online.

"To me, one of the biggest problems we've had with domestic terrorism and the spread of international terrorism in the United States is the ability of the internet to unlock the latent tendencies of somewhat dormant people that are angry," said Rep. John Katko, a New York Republican. "I think social media companies need to be held accountable and be more active."

Each of the law enforcement officials testifying emphasized the relationships their agencies have worked to build with social media companies in order to prevent threats but noted that First Amendment protections enable certain kinds of hate speech.

"You can say a lot of things that most people in this room would find repulsive and inappropriate, repugnant, but unless you're crossing that line over into either a threat -- if it's a threat, that can be prosecuted, we have a number of threat statutes -- or unless you're intending to incite violence," prosecutors hands' can be tied, said Brad Wiegmann, a deputy assistant attorney general in the Justice Department's National Security Division.

"We are seeing a tide change in social media companies being more proactive policing their own, and when they see something -- partly because they have retired law enforcement analysts in there -- when they see something that is noteworthy and alarming beyond First Amendment (protected speech), they will give us leads," he said.