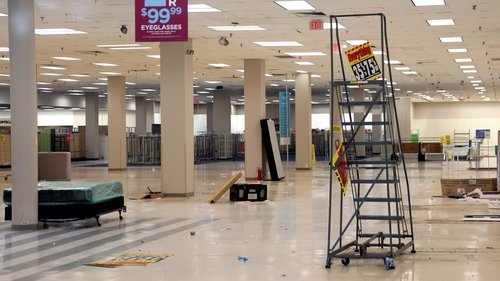 The remains of defunct Sears Holdings is suing Eddie Lampert, the man who was its previous CEO and primary shareholder, alleging he improperly stripped the c...

The remains of defunct Sears Holdings is suing Eddie Lampert, the man who was its previous CEO and primary shareholder, alleging he improperly stripped the company of assets as it hurdled toward bankruptcy.

Lampert was able to buy the operating assets of Sears in a bankruptcy court auction earlier this year, keeping a portion of the retailer alive as a new, separate company. The shell of the former company is now coming after Lampert seeking funds to partially repay creditors who were owed money by Sears at the time of its bankruptcy filing.

"As Sears was sliding into bankruptcy, Eddie Lampert ... in concert with and assisted by other defendants, transferred billions of dollars of the company's assets ... for grossly inadequate consideration or no consideration at all," according to the federal lawsuit, which was filed Thursday. "This complaint is brought to make Sears whole for these thefts of its assets."

The suit names ESL, the hedge fund that Lampert controls, as well as Lampert, as defendants. It also names Steven Mnuchin, Lampert's college roommate and a former member of the Sears board of directors before he became US Treasury Secretary. Other former executives and directors of the pre-bankruptcy Sears are also named.

Mnuchin did not immediately respond to a request for comment on the suit.

The suit claims that a number of transactions that Lampert conducted while he was CEO of Sears Holdings were done for his and ESL's advantage, rather than in the best interest of the company.

The suit points to the sale of stores and real estate to real estate firm Seritage Growth Properties, which counted Lampert and ESL as investors. Those stores were then leased back to Sears or closed to develop the properties.

Other Sears assets that were sold off include Lands' End, Orchard Supply Hardware Stores, and Sears Hometown and Outlet stores. Lampert became a major shareholder in all those spinoffs.

In a statement, ESL defended the transactions and dismissed the claims made in the lawsuit. It said the suit's "allegations are misleading or just flat wrong."

It said all the transactions were done to try to keep Sears alive and get money it needed to try to restructure.

"ESL was a constant source of financing for Sears Holdings over many years," the firm said. "All transactions were done in good faith, on fair terms, beneficial to all Sears stakeholders. We are confident that the processes we followed for each of these transactions are unimpeachable."

The committee of creditors in the Sears bankruptcy case made an argument during the bankruptcy process that was similar to the one made in Thursday's lawsuit, as the committee sought to block the sale of assets to Lampert and have the company liquidated instead.

The new suit is not a surprise, given those earlier arguments, said Josh Friedman, global head of restructuring data at Debtwire. But he cautioned, "these lawsuits tend to be uphill battles."