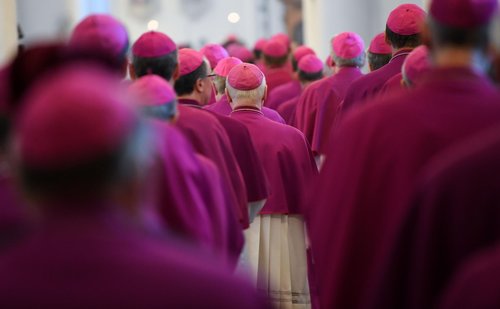 The Archdiocese of Los Angeles has agreed to pay an $8 million settlement to a girl who was 15 years old when a coach at her Catholic high school sexually ab...

The Archdiocese of Los Angeles has agreed to pay an $8 million settlement to a girl who was 15 years old when a coach at her Catholic high school sexually abused her, her lawyers said in a statement.

The abuse occurred despite the archdiocese receiving written complaints accusing the coach, Juan Ivan Barajas, of having inappropriate relationships with other students at the all-girls San Gabriel Mission High School, the lawyers said.

"The archdiocese had many opportunities to put an end to Barajas, yet each time its administrators gave him yet another chance, and Barajas took full advantage of that lack of oversight and abused this vulnerable girl," said one of the lawyers, Dave Ring. "The victim is a courageous young lady who suffered tremendously given all she had to endure."

The archdiocese issued this statement: "The archdiocese recognizes that there was serious harm done to the life of the victim-survivor. We hope that the settlement will allow her to heal and move forward with her education and lifetime goals. The archdiocese apologizes for the impact that this caused in her life."

The student was a freshman in 2016 when Barajas, who was the volleyball coach as well as athletic director, began grooming her, the lawsuit says.

The coach, who was 36 at the time, began giving her special attention and having adult-style conversations with her, which eventually led to them kissing and engaging in sexual acts on the school grounds, the suit says.

The girl did not consent to the sexual acts and could not have legally done so because of her age, the lawsuit says.

When the coach's wife discovered the relationship, he drove the girl to Las Vegas, Nevada, and for five days tried to escape authorities by sleeping in his car and in secluded parks, the statement by the lawyers says. He was arrested in Nevada when police noticed his car and ran his tag through the National Crime Information Center.

The girl was returned to her family. She's now 18 years old.

The lawyers for the girl said people complained about the coach before he began sexually abusing the plaintiff.

Another coach at the school complained to the school principal in the 2014-15 school year that Barajas had behaved inappropriately with students and that he'd seen Barajas alone with a female student many times, in violation of school policy, the lawyers' statement said.

Barajas is now 39. He was convicted of statutory sexual seduction in Nevada and sentenced in March 2017 to 24 to 72 months in prison, court records show.

He pleaded no contest in Los Angeles to one count of oral copulation of a person under 16 and on January 31 was sentenced to another three years in prison, the Los Angeles County District Attorney's Office said. That sentence is to run concurrent with any other sentence, according to the Los Angeles DA's office.

The lawsuit was filed in August 2017 against the archdiocese, the high school, Barajas and 30 "John Does" -- people whose employment the lawsuit said gave them a duty to protect the plaintiff or control Barajas.

The lawyers for the girl said this was the largest individual settlement for the Archdiocese of Los Angeles in a sex abuse case. CNN asked the archdiocese for comment on this statement but did not receive a response. CNN has not been able to independently confirm the statement.