Cesar Sayoc, the man accused of sending 16 mail bombs to prominent Democrats and CNN offices, wrote a letter by hand to the judge overseeing his case, saying...

Cesar Sayoc, the man accused of sending 16 mail bombs to prominent Democrats and CNN offices, wrote a letter by hand to the judge overseeing his case, saying he never intended for the devices to detonate.

The pipe bombs were "not ever meant to work" or to hurt or harm anyone, Sayoc wrote.

"The intention was to only intimidate & scare," he said in the two-page letter to US District Court Judge Jed Rakoff.

Sayoc pleaded guilty last month to 65 felony counts, including using weapons of mass destruction in an attempted domestic terrorist attack, interstate transport of explosives and illegal mailing of explosives with the intent to kill or injure.

He admitted in court to having mailed 16 explosive devices to a variety of officials -- primarily Democrats, including former Presidents Barack Obama and Bill Clinton and Sens. Cory Booker and Kamala Harris; and major Democratic donors, including George Soros and Tom Steyer -- and to CNN's offices in October 2018.

None of the devices detonated and no one was injured.

Sayoc faces a maximum sentence of life imprisonment and is set to be sentenced on September 12.

He said his letter was intended to clarify statements he made during his guilty plea.

At the hearing, Sayoc told Rakoff that he "was aware of the risk that it would explode."

But in the letter, Sayoc said his attorney instructed him to say that he knew the devices could cause harm.

"In my heart I wanted to say no," Sayoc wrote, adding that he was "under extreme emotional circumstances."

"I am forever and sincerely in remorse & extremely sorry with all my heart," he wrote in the letter.

Sayoc, of Aventura, Florida, is a bodybuilder who worked as a dancer for several years and most recently as a pizza delivery driver.

He apparently lived in a white van plastered with stickers and posters that praised President Donald Trump and criticized Democrats and media figures, including some of the people who were targets of the bombs. 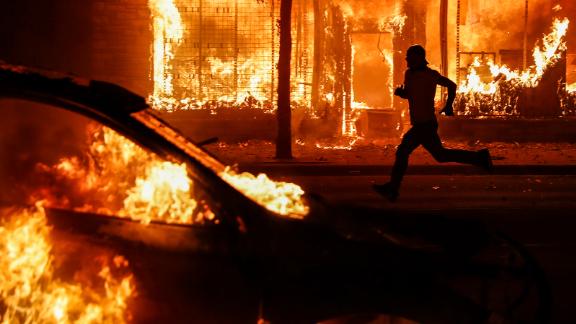