A young child goes to the ER for medicine poisoning every 10 minutes. Here's why 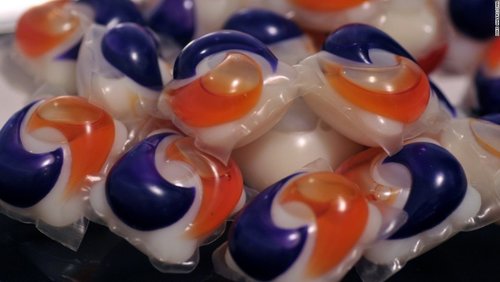 Nearly 52,000 children under age 6 were treated at emergency rooms for medicine poisonings across the United States in 2017, according to a new report. Altho...

Nearly 52,000 children under age 6 were treated at emergency rooms for medicine poisonings across the United States in 2017, according to a new report. Although that's a decline since 2010, the report identifies some reasons why children may continue to be poisoned by medicines, offering key lessons for other parents.

Researchers conducted 90-minute interviews with groups of six to eight parents from urban, suburban and rural settings in Maryland, 42 parents total. The parents, who had reported keeping medicines in the home, were grouped by age, and each group represented a mix of race, ethnicity, education and income level. The researchers also used publicly available data from the US Centers for Disease Control and Prevention to determine trends in phone calls to poison control and visits to emergency rooms.

The results, published Thursday in a report by Safe Kids Worldwide, a nonprofit organization, show that between 2010 and 2016, visits to ERs for US children under 6 who had gotten into medicines decreased by 32%, and the number of calls to poison control centers decreased by 20%.

As for the 52,000 children who still got into medicines and required treatment at emergency rooms in 2017 -- an average of 142 per day or one child every 10 minutes -- parents provided key insights.

They explained that knowing their child's abilities and having a sense of how and when their child might be at risk for an injury or poisoning allowed them to create suitable safety precautions. Some parents described waiting until their child showed new skills to adjust those precautions.

Parents may know their children best, but Dr. Sadiqa Kendi, a pediatric emergency room physician and medical director for Safe Kids DC, says it's hard even for her to predict what her toddler might do next.

"Every day, my toddler surprises me," said Kendi, who was not involved in the study. "They develop very quickly. You never know what your child will do next."

Kendi has seen the effects of accidental medicine ingestion in children she has treated in the emergency room, and she says risky situations can occur when a toddler displays newly acquired skills on the day a medicine bottle is left on the counter.

Parents in the study also said they did not think of medicine safety as a top priority when it came to childproofing their homes, often because they thought they had already stored medicines in safe places like closets or cabinets.

In addition, parents seemed to think of storing and keeping medicines differently. When it came to long-term storage, parents kept medicines completely out the reach of children. But with daily medications such as vitamins, antibiotics or pain relievers, parents used convenient locations such as purses, diaper bags and nightstands.

Some of the parents also reported storing different types of medicines in different ways, not realizing that any medicine can pose a danger to a young child if taken without the supervision of an adult.

The authors recommend keeping all vitamins and medicines out of children's reach and sight, even if they are medicines parents take every day. They also recommend adding medicine safety to the initial list of childproofing tasks, along with installing safety gates and cabinet locks, anchoring furniture and putting poisonous products away. Parents are urged to save the poison control numbers on their phones and post them in a visible place at home, where all caregivers can easily find it in case of emergency.

"It's easy to look at your beautiful, newborn baby and think that he's not going anywhere anytime soon; believing you still have plenty of time to child-proof your home," Torine Creppy, president of Safe Kids Worldwide, said in a statement. "But we've learned from our research that parents are all too often surprised by how quickly their babies grow and change. That's why it's so important to start life-saving habits, like safe medicine storage, well before your baby is on the move."