A father, a charismatic leader, an entrepreneur. These are the Americans killed in the Kenya helicopter crash 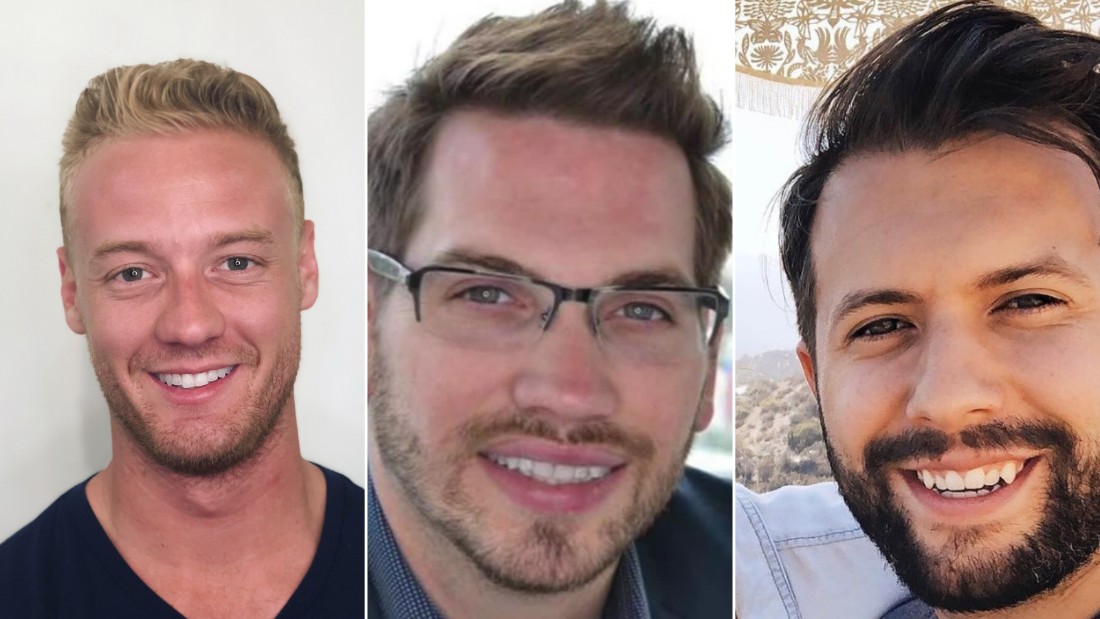 The US Embassy says four Americans were killed in a helicopter crash in Kenya.

Hope Forti says her husband was many things -- but most importantly, a father.

"He wanted his first identity to be a dad and a foster dad," she said. The couple has a son, Max, and were foster parents to four other children. Two weeks ago, Forti found out she was pregnant. "It was very important to him that we normalize the idea that people need to be involved in foster care or in some way of helping children and families who need it."

Kyle John Forti was one of the four Americans killed in a helicopter crash in Kenya Sunday. The US Embassy identified two others as Anders Asher Jesiah Burke and Brandon Howe Stapper. The pilot of the helicopter, Mario Magonga, was also killed.

A local news outlet reported that two helicopters had taken tourists to the island, which borders Ethiopia and is known for its colony of Nile crocodiles. The other helicopter landed safely, Kenyan police said.

"We offer our sincerest condolences to the family and friends of all those killed in the crash. We are providing all appropriate consular assistance to the families of the American citizens," an Embassy spokesperson said in a statement to CNN.

A father, an inspiration

Kyle Forti would have turned 30 in August, his wife said. He was a political consultant who always had a way of bringing out the best in people, Hope Forti said.

"I feel like we became one, because of the way he loved me and communicated with me. He thought life comes through relationships," she told CNN. "He did that with hundreds and hundreds of people that understood that from him, (that's why) we're so surrounded with love right now."

The two met in high school, when Hope decided to add Kyle as a friend on Facebook.

"I thought he was lovely and cute and thought right away 'this is going to be it,'" she said. They had been together since then, for 12 years. She said she last talked to him a day before the crash, and had felt uneasy about him going on the trip.

"I never know if that's me just being a homebody or stressed or nervous," she said. Before he left, she and their son crafted a note for Kyle and hid it secretly in his luggage, to remind him they loved him, she said.

Kyle Forti was in Kenya to spend time with Burke, who had recently purchased land in Kenya and invited friends out for a visit, Hope Forti said.

An "entrepreneur at heart"

In a statement, Burke's family said Kenya was the 28-year-old's favorite place on Earth. Burke described it as the closest thing to heaven on earth, a "transcendent experience," his family said.

He was originally from San Diego, according to CNN affiliate KSWB.

Burke's best friend in high school, Francis Pedraza, said Burke was one of the most brilliant, talented people he knew. He had charisma -- winning national competitions in speech -- and was very interested in politics throughout high school, participating and helping in several candidates' campaigns, Pedraza said. Later, he started a digital marketing agency.

"He lived with fearless courage and a passion for experiencing all of life's adventures," Burke's family said in their statement.

"He was born a leader with a unique ability to build teams, streamline and connect. He worked to find others' strengths, develop them, and unleash unlimited potential. His draw was nothing short of magnetic and his energy was palpable."

Stapper, who also had been invited to Kenya by Burke, would want to be known for being "a self-made entrepreneur," his brother Brett Stapper told KSWB.

He said his brother was his "best friend and more like a father," since their father died when they were both young.

Stapper had posted pictures of the trip to Instagram, thanking Burke.

"I thought I'd seen Africa before but this was truly next level," he posted. "We got in our three helicopters and just took off -- landing in places humans haven't been before, jumping out into the Indian Ocean, and flying over local tribes who probably thought we were aliens."

"Pictures don't even come close to covering how amazing this trip was," he posted.