Judge Berman Jackson strikes back at the wrecking ball president 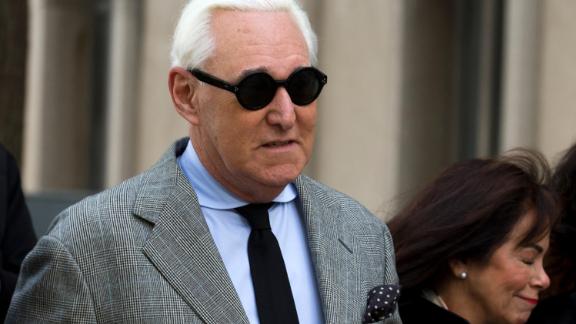 Roger Stone, a former adviser to President Trump, was convicted of lying to Congress, witness tampering and obstructing a congressional investigation

The crowd gathered for Roger Stone's sentencing Thursday heard more than a judge's decision that he should go to prison for obstruction, lying to Congress and witness tampering. It also heard the sound of the judiciary, and one might say reality itself, striking back at a wrecking-ball president who has tried to damage public trust in the courts -- while exerting his own power in extraordinary ways.

Although Judge Amy Berman Jackson was addressing Stone's deceptions in the Robert Mueller investigation when she said, "The truth still exists. The truth still matters," her statement should also be considered a commentary on the era of lies and distortions ushered in by President Trump.

Just as Stone recklessly toyed with the justice system, his longtime friend, Trump, has used distortion and lies to undermine institutions ranging from Congress, to the press, to the courts.

Just last week, Trump took to social media to comment on the Stone case. Expressing both the authority of the presidency and the maturity of a 5-year-old, he said, "This is a horrible and very unfair situation. The real crimes were on the other side, as nothing happens to them. Cannot allow this miscarriage of justice!" You could almost hear the sound of stamping feet.

The "other side" presumably refers to Democrats, but the fact is that the congressional committee that raised concerns about Stone lying in testimony was controlled by Trump's fellow Republicans at the time. Likewise, no one forced Stone to commit witness tampering or obstruction of justice. He did these crimes all on his own, and then used Trump-like tropes to try to put the system on trial.

Stone showed his contempt for the court when he posted a photo online of the judge next to an image of what appear to be crosshairs. Though he denied that he was making a threat, there was no denying that he viewed the justice system with disdain and wanted the world to know it. For proof, just consider the caption alleging deep state trickery that accompanied Stone's post, which he linked to the hashtag "#fixisin".

Paul Manafort is, of course, the former Trump campaign chairman who is already serving his prison sentence on crimes which, like Stone's, were related to Mueller's investigation. In that case, too, the President had much to say about how his buddy was being treated poorly and his enemies were somehow getting off unfairly. On Twitter, he wrote, "What about Comey and Crooked Hillary and all the others? Very unfair!"

Before Manafort and Stone, Trump felt the justice system was abusing Michael Cohen, the President's self-described "fixer." At the time FBI raided his offices, Cohen was still in Trump's good graces. This prompted the President to declare the raid "a whole new level of unfairness." When Cohen decided to plead guilty and cooperate with investigators, Trump abandoned him. However, the President's involvement early in the Cohen case offers more support for the idea that, in Trump's view, when the judicial system goes against members of his crew, the system is alarmingly unfair.

When Trump plays his unfairness card, he often throws it down on a pile of gobbledygook that is disconnected from the case at hand. For example, though former FBI Director James Comey and Trump's 2016 opponent Hillary Clinton had nothing to do with Roger Stone, they are familiar figures in the fantasy world Trump creates online and in public statements.

When he invokes their names, as he did in the case of Manafort, his most rabid followers understand that he's talking about representatives of the evil elite, otherwise known as "the swamp" or the "deep state."

The deep state, which Stone mentioned in his rant about Jackson, is the imaginary cabal that conspiracy theorists blame for interfering with the President's agenda and protecting his enemies. The idea is, to quote the late Charles Krauthammer, "rubbish," but it nevertheless maintains a hold on those who find it useful when making an argument or lodging a complaint.

Trump used the term deep state when he explained why he intervened in the case of a Navy SEAL Eddie Gallagher, who was demoted for posing with the body of a dead ISIS prisoner. In that case, after the officer's defenders campaigned for Trump to intervene, Trump overruled the Pentagon and reinstated the officer's rank. The President's intervention in the Navy SEAL's case, which came after he got lots of publicity on the President's favorite news channel -- Fox News -- demonstrated that with the right advocacy, anyone might escape the military's -- or judicial system's -- final verdict.

And though Trump has not said definitively that he will pardon Stone, he has certainly inserted himself into Stone's case more than once.

In doing so, he has contributed to a crisis at the Department of Justice, where all four prosecutors in his case, who initially recommended a harsh sentence, withdrew from the case after Attorney General William Barr intervened and advocated for a more lenient sentence. Barr, who criticized the President for commenting on the Stone case, is still viewed by many as a Trump lackey.

Nonetheless, on Thursday, Berman Jackson demonstrated genuine fairness in meting out a more lenient sentence of 40 months. Now it will be up to the President to either honor the decision or commute the sentence of his friend and show that it is he -- and not the system -- that is corrupt.

Medford's Inn at the Commons selling to make way for housing