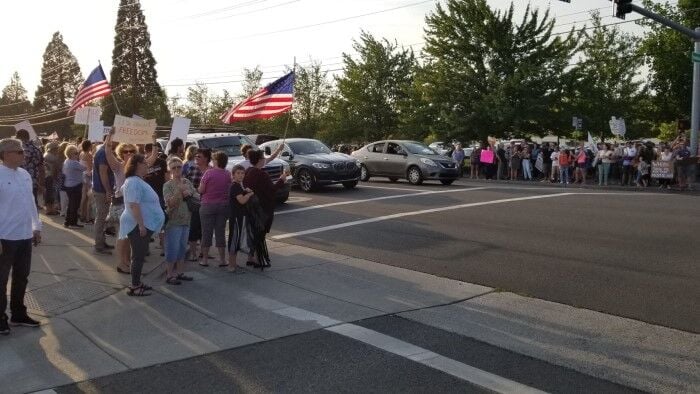 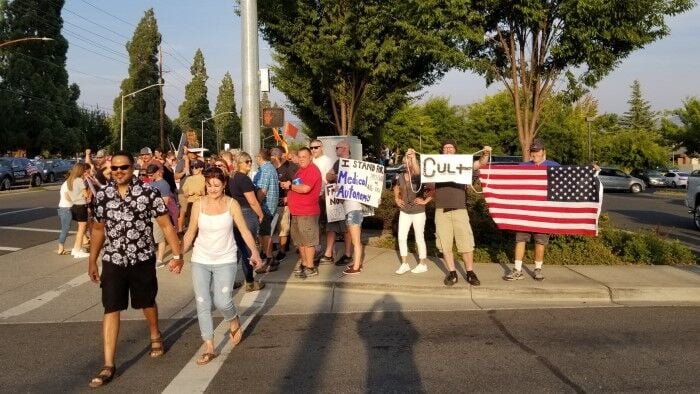 The organizer of the protest, Ryan Mallory told Newswatch 12 the crowds were estimated to be somewhere between 1,600 to 3,000 people.

Several mask-less people carried signs, some reading, "My body, my choice", "stop medical tyranny", and "I am not your lab experiment."

The protest received support from passers by in the form of honks and cheers, and from what Newswatch 12 could see and hear in the moment, no one was vocal about opposing the message of the protest, though all opinons regarding the vaccine mandate were sought out.

Newswatch 12 was later told many health care workers at Asante were advised to leave the hospital taking alternate routes away from the main areas of the protest.

Some of those in support of the protest did work in the medical field, while a vast majority did not work in health care but were against the Covid-19 vaccine mandate.

Katherine Green was one woman who was present for the portest and spoke to Newswatch 12 saying, "I really, personally, don't believe that governors or politicians should be making anyone's medical decisions, much less doctor's and nurses' medical decisions. That's absurd."

In addition, she told Newswatch 12 that she hopes that those who are vaccinated continue to live healthy lives, but wants people to be aware of the risks of the Covid vaccine as well as the benefits.

Firefighters increase containment on Bootleg Fire for third day in a row; containment now stands at 84%