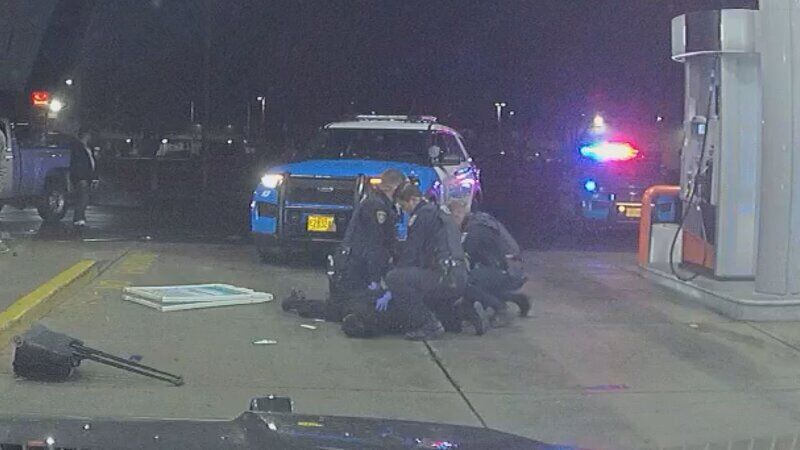 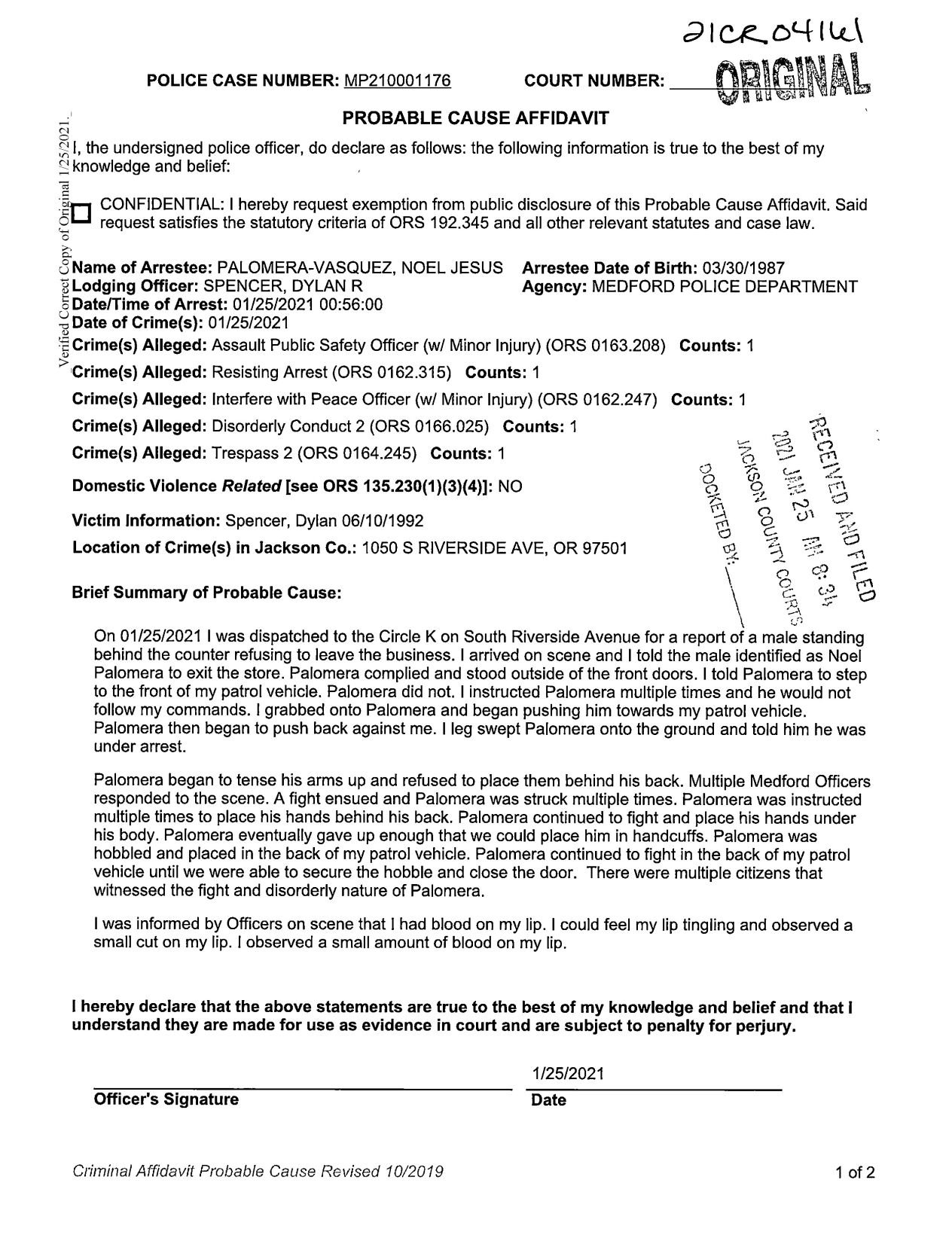 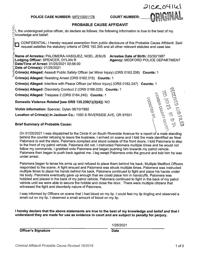 MEDFORD, Ore. -- Recently released body cam footage that the Oregonian has acquired shows Medford Police Department officers using "excessive force," according to the suspect's attorney Christine Herbert, to detain a man who was allegedly trespassing at the Circle K at Central Avenue and Barnett Road shortly after midnight on January 25, 2021.

In the video, the suspect identified as Noel Palomera-Vasquez disclosed to law enforcement that he was on methamphetamine.

In the video, you could see that Palomera-Vasquez physically resisting when officers attempted to take him into custody,

resulting in an exchange on the ground.

Medford Police have told NewsWatch 12 that during the exchange, that 'force' was needed including focused blows and a Taser that were utilized in order to obtain control of the suspect.

Police say that after the suspect was successfully restrained, he was immediately checked by independent medical personnel.

According to a report done by the Oregonian, Palomera-Vasquez's attorney states that her client came away from the encounter with head and back injuries and broken ribs, but also a felony assault charge after one of the officers suffered a cut in the fracas that caused what he later described as a “tingling” sensation on his upper lip.

According to an indictment, Palomera-Vasquez was charged with one count of Assault of a Public Safety Officer, Resisting Arrest, Interfering with a Peace Officer, and Criminal Trespass in the Second Degree.

The Medford Police Department has told NewsWatch 12 that the use of force was reviewed and determined to be within policy.

Lt. Budreau with MPD also told NewsWatch 12 that, the use of force stats vary slightly year to year, but are fairly consistent, and that, MPD's use of force is used in less than 3% of their arrests.

NewsWatch 12 spoke to Palomera-Vasquez's attorney, Christine Herbert, who told us that they believe that after watching the video, 'excessive force' was used in the arrest. Herbert also told NewsWatch 12 on Saturday that the use of force was uncharacteristic of what she has seen in the past by Medford Police officers and was disappointed by the responses aken by police officers during the altercation.

NewsWatch 12 is working to find out more information from Palomera-Vasquez's attorney on what happened the night of his arrest. We have also obtained body cam video from that day and are working to process that footage.

Special baseball program for the differently-abled coming to southern Oregon