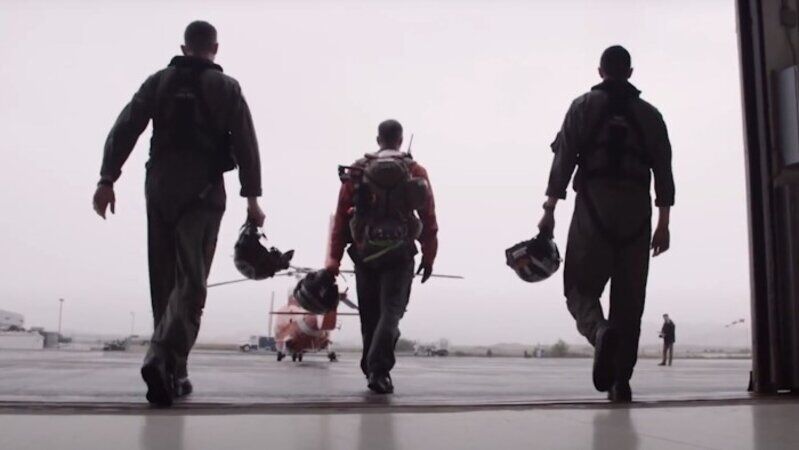 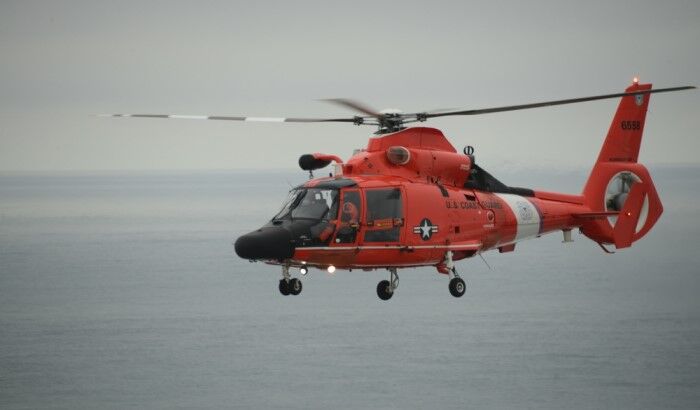 NORTH BEND, Ore. — A member of the US Coast Guard was recently recognized for his efforts in the rescue of a pair of hikers who were stranded on Grayback Mountain in January after one was seriously injured in a fall.

Poor conditions on the day of the rescue foiled multiple attempts to recover the two hikers — keeping Josephine County Search & Rescue volunteers from reaching their location about one mile from Grayback cabin. Attempts to reach them by helicopter were also complicated by the weather.

That night, USCG was able to fly a helicopter close enough to drop off a paramedic with supplies. That was Petty Officer 1st Class Trevor Salt, an aviation survival technician at Coast Guard Sector North Bend. According to the Coast Guard, Salt spent more than 12 hours tending to the injured hiker and helping the other until they were able to get a lift from a National Guard helicopter crew.

"Throughout the night I pretty much just played the role of a nurse," Salt said. "Just communicating with her and letting her tell me what she needs. If she was starting to fall asleep I would wake her up, and I would just tell her, like, 'alright, how about every 10 breaths you take, just say something so I know you're still doing good.'"

Salt said that the temperature that night got down to about 10 degrees. He was told by medical personnel that the two hikers could have died from hypothermia if he hadn't been there to care for them.

The injured hiker, a 42-year-old woman, was in the hospital for about a week before she was released to convalesce at home.

Salt was awarded the Angels of the Battlefield Award from the Armed Services YMCA, which pays tribute to military medical personnel for providing life-saving medical treatment and trauma care to service members or civilians in distress, USCG said.

Qual was involved in the early-morning September rescue of the 44-foot fishing vessel Legend after it ran aground at the Yaquina Bay channel entrance near Newport.

"Realizing that no rescue helicopters or boats were available due to on-scene conditions of 60 to 70-knot winds and less than 200 yards visibility, Qual dressed in full search and rescue gear, including an additional 20 pounds of rescue equipment, and led a Coast Guard beach rescue team in running approximately two miles down the beach to help the fisherman in distress," USCG said.

Qual successfully reached the fisherman through high surf, wind-whipped sand, and hurricane force winds. The beach rescue team was then able to pull Qual and the master to shore.