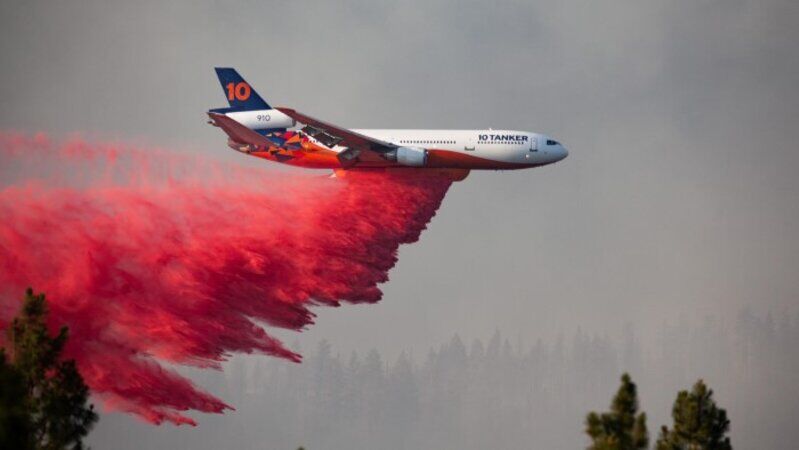 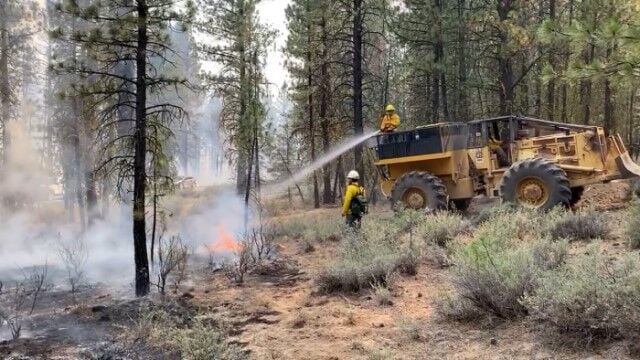 CHILOQUIN, Ore-- On Sunday, the Bootleg Fire made history, becoming just the fourth wildfire in the modern history of Oregon to surpass 300,000 acres burned. That's according to data records collected by the Oregonian back in 2017. The Bootleg Fire is also the largest wildfire in Klamath County's history.

Around 9:45 Sunday night, officials announced that the Bootleg Fire has burned 303,791 acres and is 25% contained. That's about a 5,000 acres increase from Sunday morning and is a 3% increase in containment.

Fire officials have told NewsWatch 12 that the Bootleg Fire was extremely active on Sunday and that there was a significant increase in fire activity compared to previous days. Officials also say that the fire picked up steam once again on the northern and southeastern flanks.

Fire crews say that they hope to have a better estimation at the damages inflicted to the area on Monday, July 19.

Officials are also, one again, asking the public to stay away from the active parts of the fire and away from all Level 3 Evacuation Order zones.

Officials have told NewsWatch 12 that there have been several people seen driving in restricted areas that have put both firefighters and the public at risk, by limiting the options that crews and aircraft have to engage and fight the fire.

Interference with firefighting operations will be referred to law enforcement.

Dylan Wu ready to represent Medford on the PGA Tour