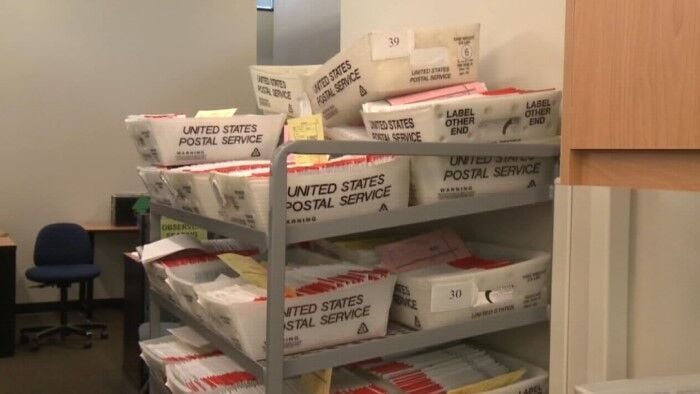 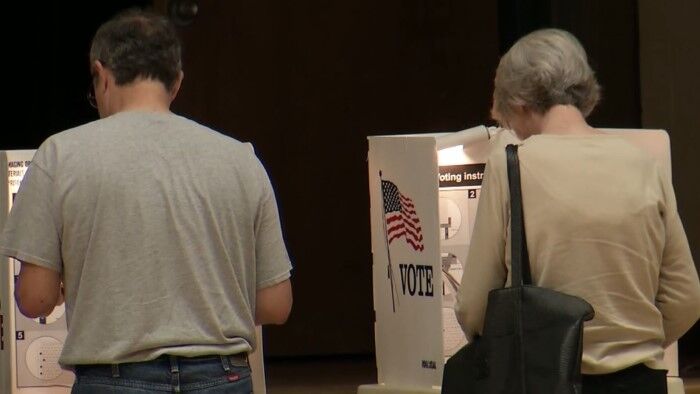 YREKA, Calif. — Many California voters headed out to the polls on Tuesday, the last day of a recall election that will decide the fate of Democratic Governor Gavin Newsom.

Newsom served as lieutenant governor of California between 2011 and 2019 before ascending to the Governor's office. When Newsom was elected Governor in 2018, he won handily over Republican John Cox with nearly 62 percent of the vote.

Regardless of Newsom's early popularity and California's recent history as a solid majority Democratic state, the recall election's structure gives Republicans and other opponents of the sitting governor a fighting chance of toppling Newsom. It consists of only two questions — should Newsom be recalled, and who should succeed him if he is recalled. If the majority of voters pick "yes" on the former, the candidate who receives the most votes on the latter will be elected.

Forty-six candidates appear on the ballot for the second question. The vast majority of alternative candidates are Republicans, and polling suggests that conservative radio host Larry Elder has emerged as the front-runner.

Because of the COVID-19 pandemic, all of California's active registered voters should have received a mail-in ballot in August. Regardless, there are many Californians who will still come out to the polls to vote in-person on Tuesday, with polls closing at 8 p.m.

Yreka resident Kathleen Jones says that she normally votes by mail, but she did not receive a mail-in ballot for this election. She headed for the polls even though she has issues with mobility.

"I've heard that I'm not the only one — other people that I know did not receive ballots," Jones said.

Jones said that despite her trouble walking, it's important for her to cast her vote because she feels California needs a new governor.

There are certainly voters who received a mail-in ballot but still want to vote in-person, and Siskiyou County Clerk Laura Bynum says that they should bring their mail ballots with them.

"For voters who are wanting to go to the polls on Election Day, I encourage them to keep their vote-by-mail ballot that they received in the mail to surrender at the polls, otherwise the poll workers will need to call us so we can suspend that vote-by-mail ballot," Bynum said.

As of Tuesday morning, Bynum said that about 46 percent of Siskiyou County mail-in ballots had been returned.

Though California tends to swing blue on statewide elections, Siskiyou County's population of about 43,500 reliably prefers Republicans. One voter that NewsWatch 12 spoke with on Tuesday said that whether Governor Newsom is recalled or not, she hopes to see a change in how California's government is run.

"I came to vote today because I think it's really important for people in the state of California to have a say in how they expect the state to be run," said Chloe Kirby. "I know that a lot of people support Governor Newsom and want him to continue doing the job that he's done, and there's many many people who do not, and they would like to see someone else come and try to lead the state in a different direction."

Kirby said that her biggest concerns with California right now are people moving out of the state and how schooling is being handled under recent COVID-19 guidance.

Not all Siskiyou County voters feel the same as Jones or Kirby, and one man who went to the polls on Tuesday told NewsWatch 12 that he voted to keep Governor Newsom in place.

Bergen: Afghanistan an unforced error blowing up on Biden's watch

Smoke and soot from wildfires may be causing more Covid-19 cases and deaths, study finds